How can I Film Inconspicuously with a DSLR?

I want to shoot infield videos in a mall, with a DSLR camera, without anyone noticing.

I'm interested in knowing how it's done and what equipment I'll need eg. type of microphone etc.

Here's a link that illustrates what I'm referring to: YouTube video

Any wireless microphone kit would work. Of course the more you spend the more reliable kit you will get. Wireless mic kits under US$500 are typically cheap, fiddly, unreliable, disposable plastic toys.

There are "right angle spy lens" adapters that screw on to the front of the lens and allow you to shoot to the side. So it is not obvious that you are shooting them. They are quite inexpensive and available at the usual larger online shops. 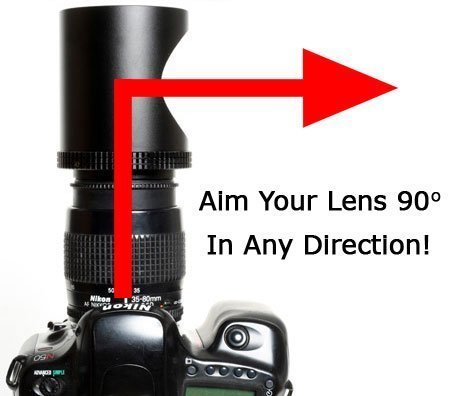 That said, in most of the civilized world, it is illegal to use the recognizable likeness of anyone without their written consent. And additionally, it is typically against the rules to shoot on private property (like a shopping mall) without written authority of the management. You are quite likely to get expelled or even arrested for trespassing if you try this in any kind of a mall with half-decent security forces.

If you are trying to get someone to be in your film without their consent, I would advise you to just go and talk to them (but I don't think that's what you're asking).

If you're trying to be inconspicuous while filming to get a street journalism or anthropological type of footage, then I would recommend using a small camera with interchangeable lenses, such as a Canon EOS-M or Pentax-Q, and use a lens with autofocus.

Turn off the AF light or you might get spotted. Shoot from the hip, because most people will look at your eyes. Wait for people to be looking at something else. Pretend to be doing something else. For the sound, you could be wearing the microphones on you under your clothes or somewhere hidden. You could also have the camera around your neck/shoulder rolling and pretend it's not, like let it dangle as you walk and then stop somewhere pretend to look at a book or a map and fine tune the focus and framing using an app on your phone that recopies the camera's screen.

One trick that really works is having the camera on a tripod and having a couple of friends with you, and standing around the camera and chatting while the camera is recording. If someone comes to ask you if it's rolling, you can say no, you're waiting someone to start. In this case you could be using larger cameras and sound recording devices, but it's a little harder to set up and you can't really do it twice in the same place.

Not the answer you're looking for? Browse other questions tagged video-recording or ask your own question.

3
Techniques and technologies for synchronizing multiple audio and video streams
4
Smartphone vs camcorder
1
How to capture documentary quality footage of tiny subjects
1
What equipment do I needed for filming dance instruction?
4
Can you create a VR video that makes use of positional tracking?
0
What is the maximum length of Portable Recorder to Camera cable that is safe to use?
0
Use android camera and usb mic on pc