MPC-HC is altering the colors

In order to test a lossless recording system, I have to verify that the input video is exactly the same than the output video. As a test source I have generated an ffmpeg's testsrc pattern, which is really nice by the way. It makes such pictures, for those who don't know: http://i.stack.imgur.com/0laHY.jpg 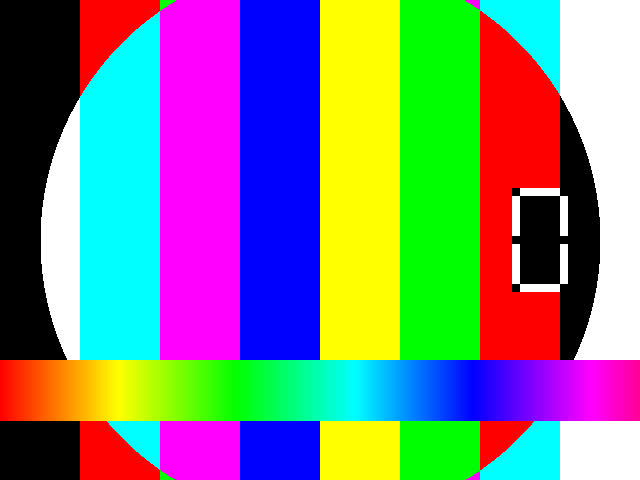 When I play this video with MPC-HC and I make print screen, I could see that the Reg, Green and Blue color bars are not as expected:

Note: To get the (R, G, B) value I did a print screen and paste into MS Paint. Then I use the color picker tool.

I can explain the ffplay value, it's due to TV levels [16..235] instead of PC level [0..255]. After having googled how to configure ffplay so as to output PC levels I didn't find any possibilities.

Does anyone have an idea where it may come from?

Browse other questions tagged ffmpeg encoding h.264 colorspace or ask your own question.

12
What is the ffmpeg filter equivalent of "Automatic levels" for colors?
5
Colors look different after export
0
Is there a mathematical equation to compute the bitrate of a Cisco H.264 stream?
0
Matching colors for video
5
What is the colour range of most videos?
4
Is it safe to use the yuva420 pix_format option with ffmpeg to encode webm videos?
3
What is the correct format of media creation time?
2
ffmpeg vf scale shifts colors to washed out