Is it possible to “Blur a Transparent Background” in Adobe After Effects?

I am a beginner to Adobe After Effects and Sony Vegas Pro, so forgive me for a lack of a better term.

I am trying to create an Adobe After Effects composition. I want the composition to be transparent with a blur effect. I want to add this blur effect to be in such a way that upon exporting it to an .avi file, I can add this .avi file to a Sony Vegas Project, and the .avi file will blur any layers underneath it.

To illustrate, suppose I have the following Sony Vegas Project:

I want to create an after effects composition such that I can make the image look something like this: 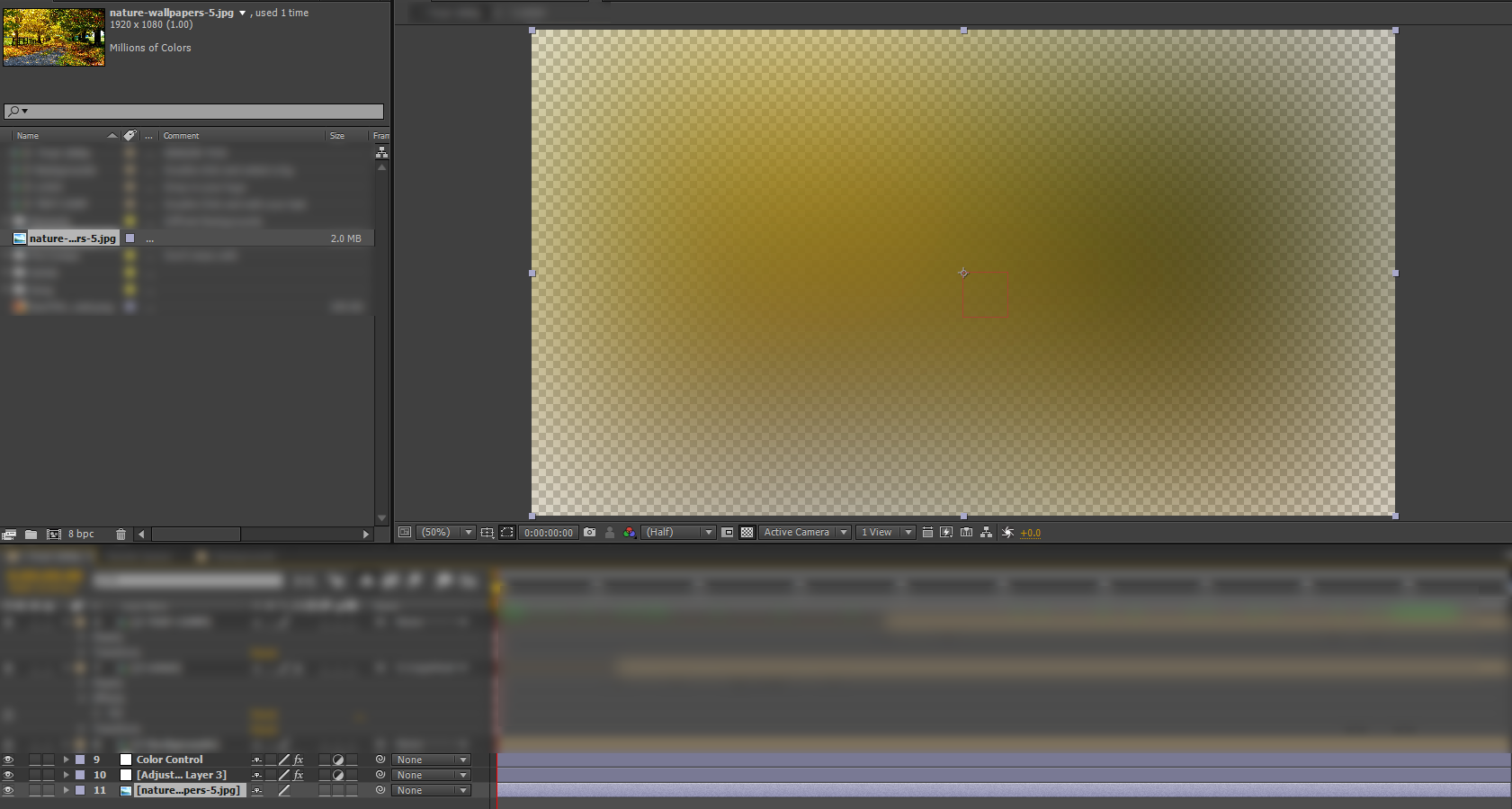 However, I don't want to render the composition with the image in it. I want to render it as an .avi file such that I can apply the blur effect to any arbitrary image, or even video files.

Is this possible? My intuition tells me no, but I'm asking in case there is a way.

So, in short a blur is a 'lateral' function, whereas layer compositing is a 'depth' function.

This is not possible, because the blur effect needs the underlying video as input.

You can either create the blur effect in Sony Vegas without the need for After Effects, or you can (for more complex effects) import the video into After Effects, add your effects, render the result as video, and import it into Vegas.

As you can see the second option takes some time and is only worth it for complex effects/animations that you cannot do in Vegas. It's better to try the included effects of Vegas first.

You won't be able to create a clip that can 'blur any layer underneath' when placed in other applications.

You can just blur assets from within AE and export them out.

No this can't be done as you explain. You need to make a comp with multiple layers (as many as satisfy what you are going after) and mask them the same. I've applied the iOS blur effect in my lower thirds titles in FCPX with just two layers. Premiere, AE and other NLEs are the same. Wish it were easier!

2
How to bring a SketchUp Animation into After Effects
2
Automatic motion blur in video editor?
2
How do I do this Text animation in Sony Vegas (..or AE)?
0
Make only a specific region of a video blurry
0
Creating wave interference in After Effects
1
Adobe After effects watch folder render all composition
1
edit after effects projects with aerender and extend script
0
How do I make long videos using After Effects?