How can I increase the frame size of the titles in Adobe Premiere?

Then I later realized that I wanted to export my project at 1920x1080 even though the source video was 640x360. (At least then my titles would be more legible on high resolution monitors.)

I easily changed the resolution of the video portions of my project, but how can I change the frame size of the titles?

As far as I know, unfortunately you can't take an old title which was based on whatever frame size, and switch its size to something else. The only way I know for your situation with the small titles is: 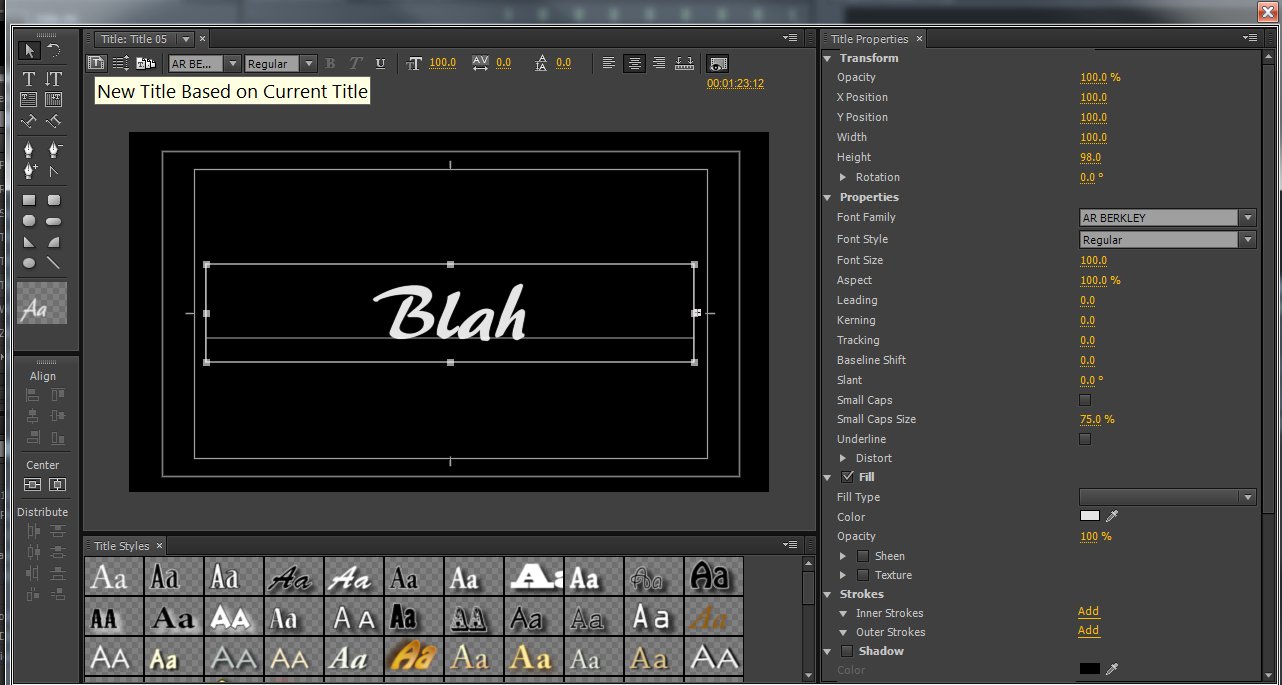 I hope that helps. Good luck!

The most recent versions of Premiere have a totally new titling and graphics setup. I have found that changing frame size, say from SD to HD, which I have done recently, the titles don't scale at all and are unusable. I have to remake them for the new frame size. But it is pretty easy to repurpose the graphics for a new frame size. It would be a pain if there were alot of titles. In my workflow I try to do the titles last, when I already know how I am going to output.

16
Adobe Premiere Pro CC - Crop a video and export at the exact cropped size
3
Premiere Pro sequence adds black stripes on both sides of the video
1
How can I import subtitles/captions into a letterboxed video like this?
1
How to setup Adobe Premiere Pro CC to edit Interview type videos for YouTube
0
How can you get clips from different YouTube videos to have the same resolution or frame size in Adobe Premier Pro CS6 2017?
0
Import Adobe Premiere Proxy files encoded separately with FFmpeg
0
How do you adjust the 'margins' in the Premiere Pro program window?