I just wondered what Plugins are neceassary to create such a liquid looking effect like in this video: 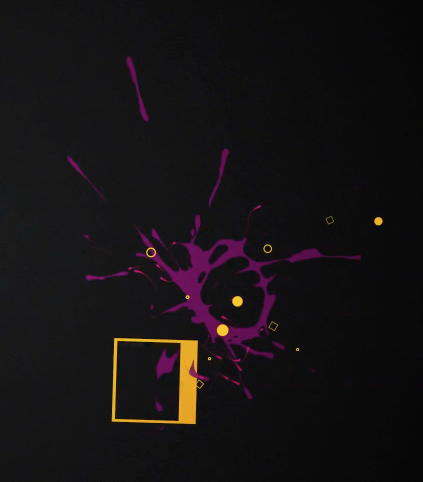 Those paint splats are often done with stock footage or filmed footage. Get a black or green surface, throw some paint at it and film it. Bring it in to AE and extract the alpha from the luma or with chroma-key and then re-colour the paint however you like using your colour correction tools of choice.

To make liquid effects in AE without footage, here's the technique I've been using since forever. I worked it out myself years ago, but so did a lot of other people, so I won't claim to have invented it

Take your source layer, eg. text, footage whatever. Apply the turbulent displace filter to it, starting with 0% strength and ramping up. Muck around with the settings and animate the evolution setting until it looks like you want it. Then apply a blur, again, starting at 0 then ramping up. Then use the extract filter to harden the edges of the blurred outlines. Lastly use the fill filter to fill in the layer with a solid colour. The effect will be something dissolving into blobs of liquid. Works best with line art and text, or high contrast footage.

Looks like no fancy plug-ins or effects are used. It is simply a case of keyframming shape paths/masks.

(thats how the people who make the stock footage do it)

Not the answer you're looking for? Browse other questions tagged after-effects animation workflow plugins or ask your own question.

3
What techniques are used to create this 1-minute motion graphic?
2
What are some software to create animated videos?
0
How to create a video like this?
2
What software is required to make a simple animation clip like this?
3
Simple video animation for teaching purpose
0
How do I recreate this Annotation effect In After Effects?
2
How should I go about doing this same exact effect for an upcoming project?
2
How they did it? (3D-like screenshots with animation)
2
How are motion graphics like this created?