I have video of a stage with a bright screen behind it, and I thought it would be neat if I could (easily-enough) punch in another image on the screen. And not just a small section of it, but fill it out with a "projected" image that I'll animate using keyframe movement and zooming. 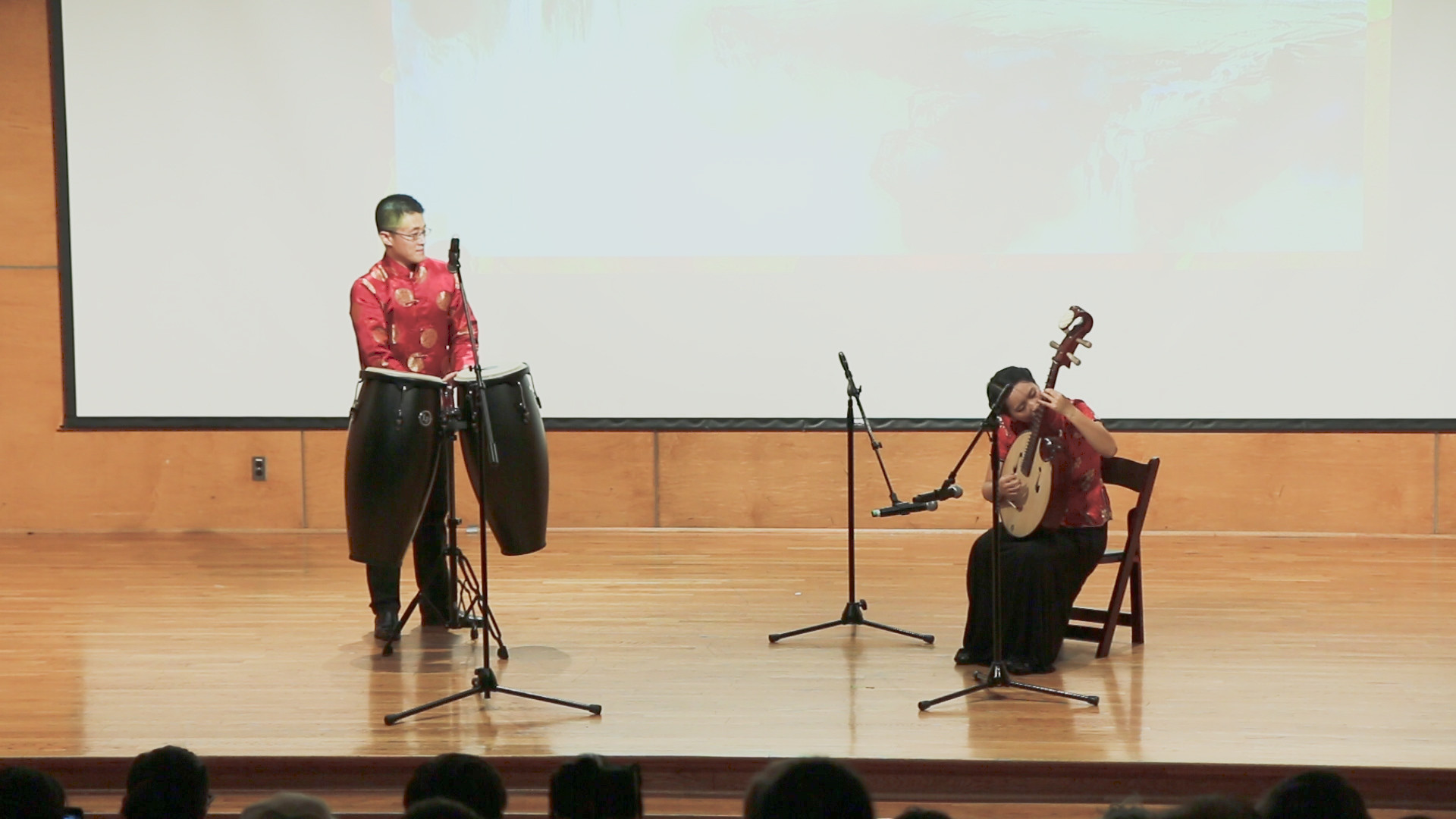 If I use the Luma Matte in Premiere, especially doing it before the Color Correction effect, it can find the bright screen pretty well. However, unlike the Chroma Key effect, the Luma Key effect doesn't seem to have anything for shifting the edge or feathering, so it leaves a white line around the figures (and it doesn't handle everything well, really).

The un-corrected footage is a bit dark with the screen being very bright; I not only raised the shadows but I knocked back the brightest whites on a curve adjustment. So using the un-corrected version it should be easy to make a matte from that, but the Luma Matte effect they included is just too lame and does not produce a clean image even though it can identify the screen. 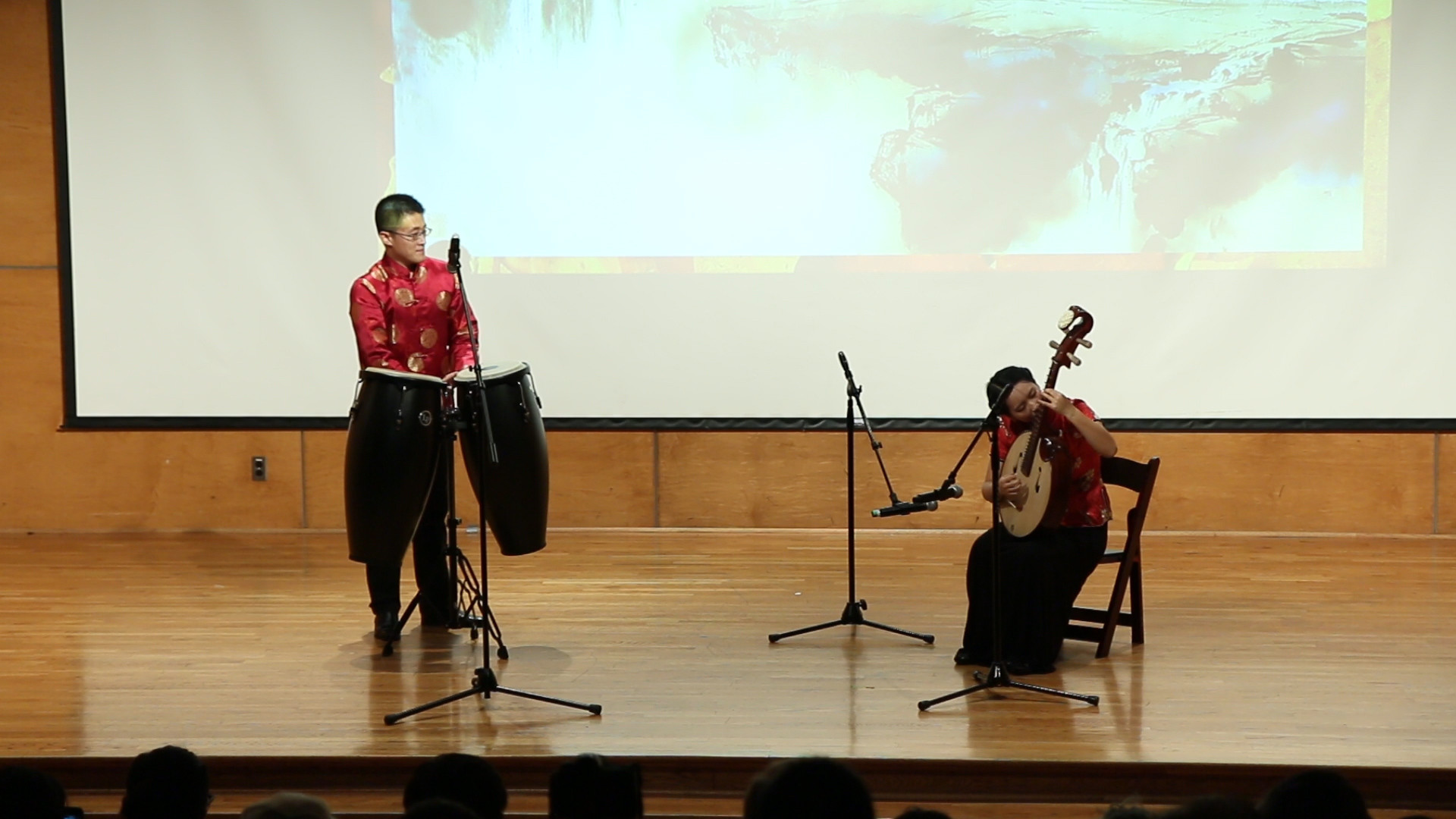 Now I thought about using AE for this, but I don't know how to use it and it's not simple. The rotobrush has trouble with the white medallion at the head of the pipa and the gap that shows through the recurved neck of the instrument, and causes far more complications in the Premiere project in general.

So I'm wondering if there is a (free) add-on effect that does a better job of this and/or has more command over it, or a stand-alone tool to generate a traveling matte file, or some techniques and tips to make what comes with Premiere work out better.

The problem that you're going to have with this is that the colour of the screen is too similar to colours in the foreground. If you look at the levels on the highlighted part of the drummer's face they're very similar to the levels on the edges of the screen, and a similar colour, same for the drum skins and the pattern on his shirt. I had a go in AE with no success using keylight, colour range key and even extract, but nothing works. So a clean matte is going to involve lots of work rotoscoping.

One thing you might get away with, depending on your background content is to put it below the original layer, and set the original layer's transfer mode to darken. If your background layer is darker than the foreground it will show through, so as long as it's darker than the screen but lighter than the performers it will composite ok. You might help things along with some masks on the performer's faces and the other light areas, and you may get a bit of blending, but it might be good enough, without spending years roto-ing.

Not the answer you're looking for? Browse other questions tagged premiere chromakey cc-2015 or ask your own question.

2
Improve chroma key effect in Sony Vegas
2
Blur a face using only one video layer with Premiere CS6?
1
Is there such thing as an unlimited point matte in Premiere?
3
Sony Vegas default chroma key seem to shift blue colors
3
How to deal with this heavily underexposed footage
1
Preset/macro for complicated nested effect
3
How to remove background from video without using green screen
2
Change to black and white (without greys) in AE
3
Greenscreen recommendations
1
Using water as green screen