How can I stabilize very shaky video in After Effects?

I'm new to After Effects and am trying to stabilize some VERY shaky hyperlapse video of a waterfall. The warp stabilizer with the default options fails. I've been trying to use the Tracking window to set points that shouldn't move but I don't understand how it works well enough to do it. If someone could explain the general idea to me or point me to a tutorial on the subject I would appreciate it. Thanks!

Edit: Here's the unstabilized video that I'm working with:

Another possibility is to stabilise it by hand, frame by frame. I've done this before on wobbly walking time lapses, and the results are usually better than just using a warp stabiliser. In order to do it, you need a point of reference in your shot, that you can line up to a pair of horizontal and vertical rulers in each frame. Takes ages, but it's worth it.

Without seeing your footage, it's hard to show, but I'll give an example: We did this on the timelapses in this programme:

Take the first shot. The camera was moving between every frame, but the peak of the roof does not move, and is in every shot.

We decide whereabouts in the shot we want the peak to be in the first frame.

We place one horizontal guide and one vertical guide in the comp, so that they cross over at the centre of the peak.

We scale the original footage up slightly, so that any repositioning of the frame doesn't result in black edges to your shot. It's best to shoot in a higher resolution than your final output resolution. Our shots were on a Canon 5D, full frames, so much higher than the final 1920x1080 HD output.

Set a position keyframe, then go to frame two.

The roof will have moved in the frame, because the camera is wobbly. Reposition the frame, so that the roof is in the middle of your two guides again. Make sure a new position key frame has been set. Keep going, frame by frame, with lots of coffee and music playing :)

update: Looking at your footage, I'd probably use the right edge of the waterfall, as it's fairly central in the shot... But I don't think you've got enough frames to ever make a nice smooth timelapse, even if you slow it down with some frame/motion interpolation afterwards... 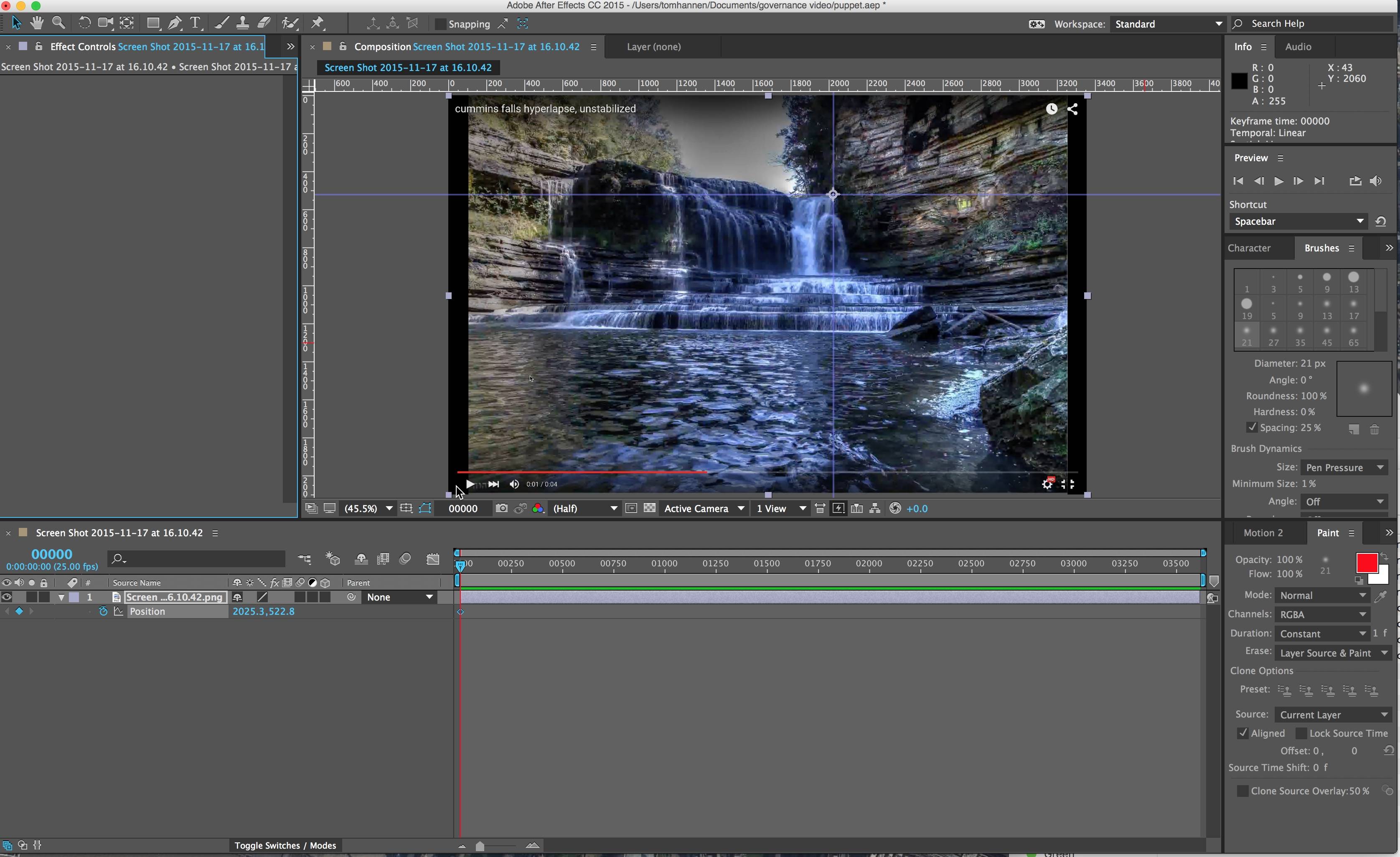 Not the answer you're looking for? Browse other questions tagged after-effects stabilisation or ask your own question.