How are traditional animated matte paintings made?

I am thinking of trying to make a film with animated matte paintings that are painted.

In the 1989 movie "Batman", some animated matte paintings of Gotham City are seen. How are these animated? In the following image, the smoke from all the chimneys in the image is animated / moving. 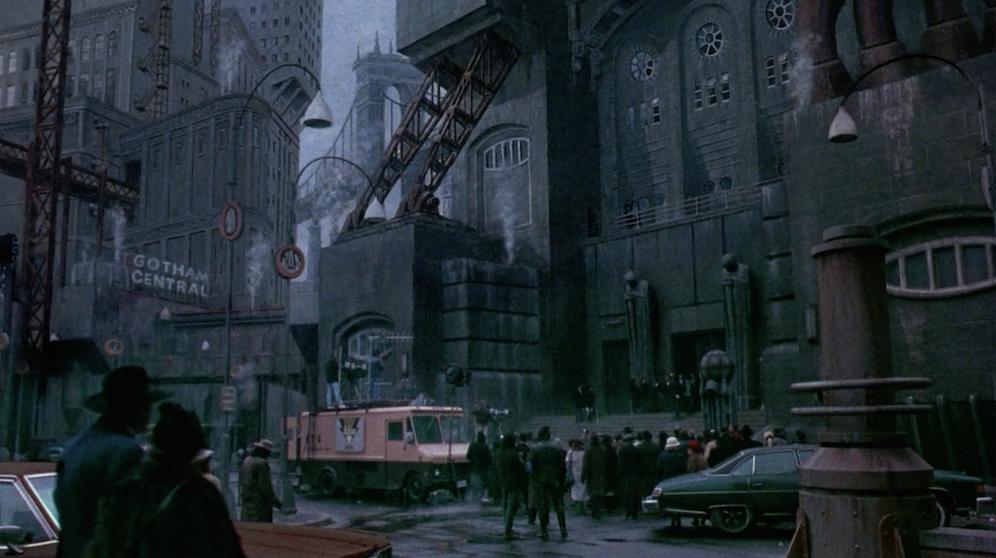 I've also seen matte paintings where a large section is left unpainted. Then live action (or animated) things are filmed which exactly fill in the unpainted area. You could composite them either in the analog realm (by projecting both pieces of footage onto the same screen and filming that), or digitally by using compositing software.

7
How can I make an actor cry?
4
How to create a ragdoll effect on a human?
1
How to film a strobe light
1
are there any online Visual effect schools/courses?
0
How to throw fire from a Saxophone (in live)?
0
How do movie makers navigate point-of-view among still characters
0
How can I make a cheap video with a train filmed from in front of the locomotive, while this is running?
4
Are the robots in the transformers films really transforming?
5
How to (safely) produce flying dust on set?
0
How to take an object and pause it in a moving video?