Creating a stream of the same object between two points in AE?

I'm trying to create a small animated infographic of how the banking system works. I thought I would represent the flow of money between the banks with dollar bills moving along a path. What's the best way to create an infinite stream of objects along a path that loops indefinitely in After Effects?

One possibility is to move a single object along a path (an asterisk in the example shown), using some position keyframes.

Then place an adjustment layer above the object, with an Echo effect on it.

Weirdly the delay in seconds needs to be a negative number, adjust to get the distance between the repeating objects that you need, then increase the number of echoes for as long as you need the effect to last.

It won't create a perfect loop, but you could do that afterwards by adjusting the timing of the echoes, and the start/end points of your comp as described in this answer. 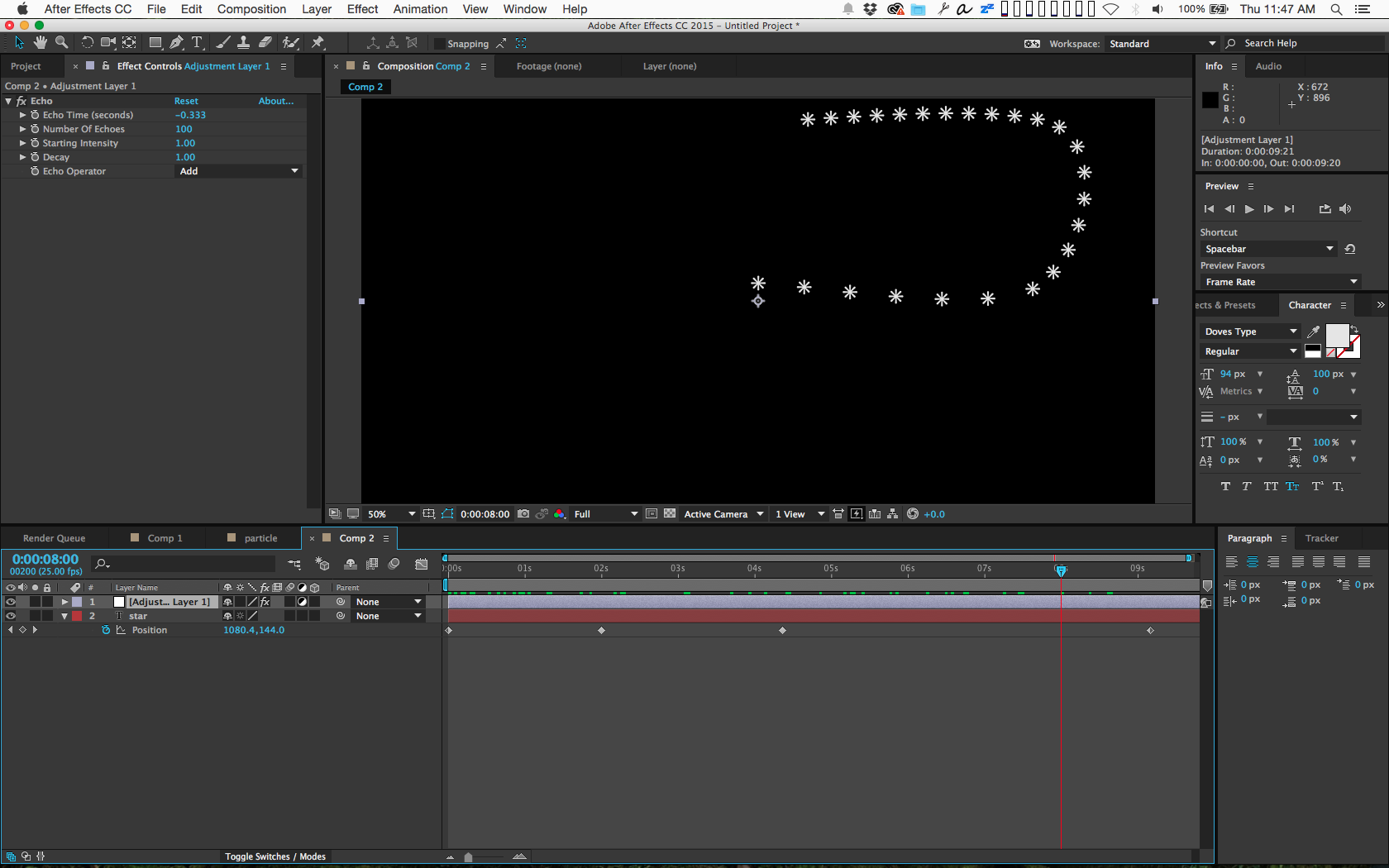 There are plugins available on aescripts.com that can do this. Yes, you will pay for the convenience, but then, someone has done the work for you.

I saw several in this search that would serve your purposes.

2
Puppet tool - how do I make the arms stay attached to the same points on the body?
3
After Effects distance between two points
1
After Effects, can I parent specific points on a path to a null object?
1
Pausing two keyframes at same position then moving to next one? After Effects
2
Rotating the 3d object with the blueprint background
0
Make the object stay at the centre of the video
4
How do I make this object orbit around the center without making it turn
0
How to deparent object between frames in Maya?
1
How to link the start and pause of an animation to a specific height from a null object?
1
Need help finding plugins/techniques to recreate my magic system in After Effects