How to reproduce this rainbow color feedback effect in After Effects?

I'm trying to reproduce this "color feedback" effect that was popular in the 80's (thanks to the Scanimate) : 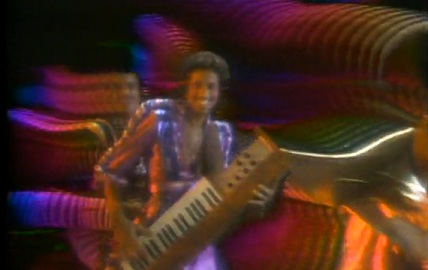 This one is from the song "Earth, Wind and Fire - Let's groove"

What i tried so far :

I have tried to put some color correction effect, but it applies on the whole image, not only on the previous frames.

Any idea how i can reproduce this effect ?

Sorry, I don't have keyable footage under my hand, so I tried to do it different. But it will better look with keying: 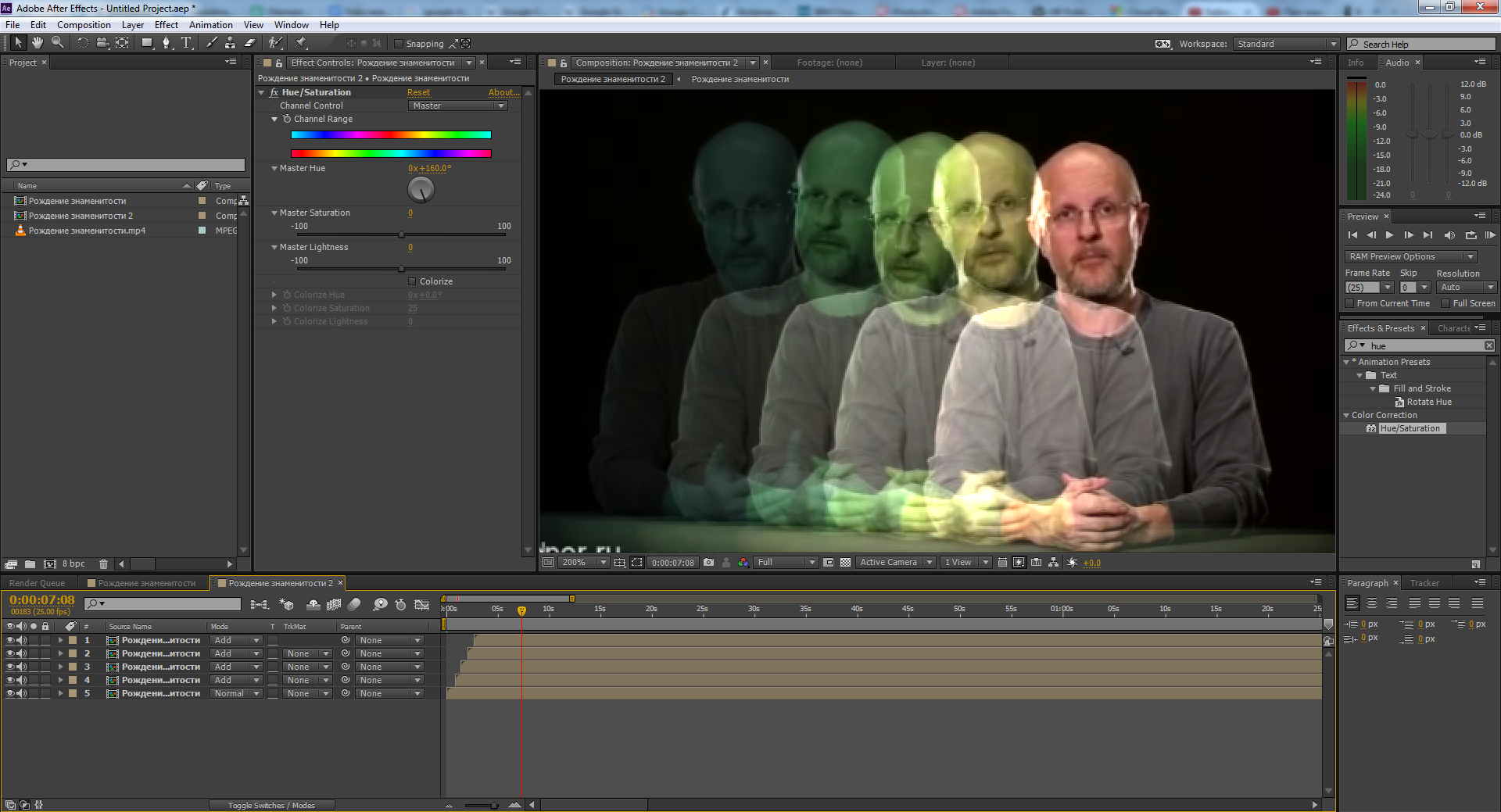 It is manual approach, but it is not so difficult or time-consuming.

I believe it also can be achieved with Particle system, when your footage serves as emitter. Some of particle systems effects have "color over life" value, which will create your "Rainbow effect".

make your first comp with your keyed footage in it. Create a new comp with two copies of the first, offset by one frame. Apply the hue/saturation effect with the hue rotated by a few degrees, let's say 8 degrees, to the bottom layer. Add some offset, say -20px on the x and y axis. Create a new comp with two copies of the second comp, this time offset it by two frames, and once again apply the hue/sat effect but now with the hue rotated a 16 degrees to the bottom layer. By now there should be four copies of the original video. Repeat to get eight, then sixteen etc copies. Here's one that has six layers of subcomps (I just drew something and puppet-pinned it). It plays suprisingly fast: 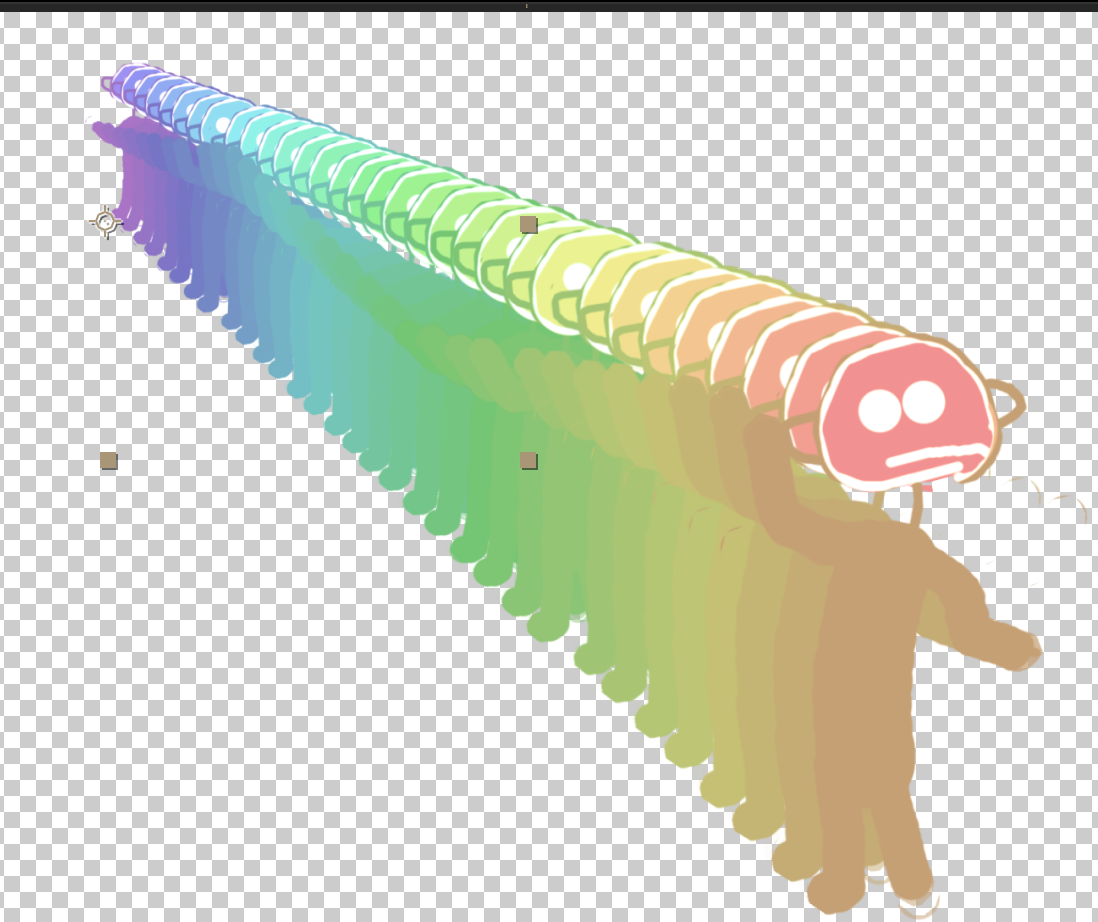 Looking at it, if you wanted it to look more like the example you might add a bit of blur to each repetition.