How to fix color "waves" in SpeedGrade?

I'm using SpeedGrade to do some coloring for my first time. It's coming along well but having a problem area in one part. 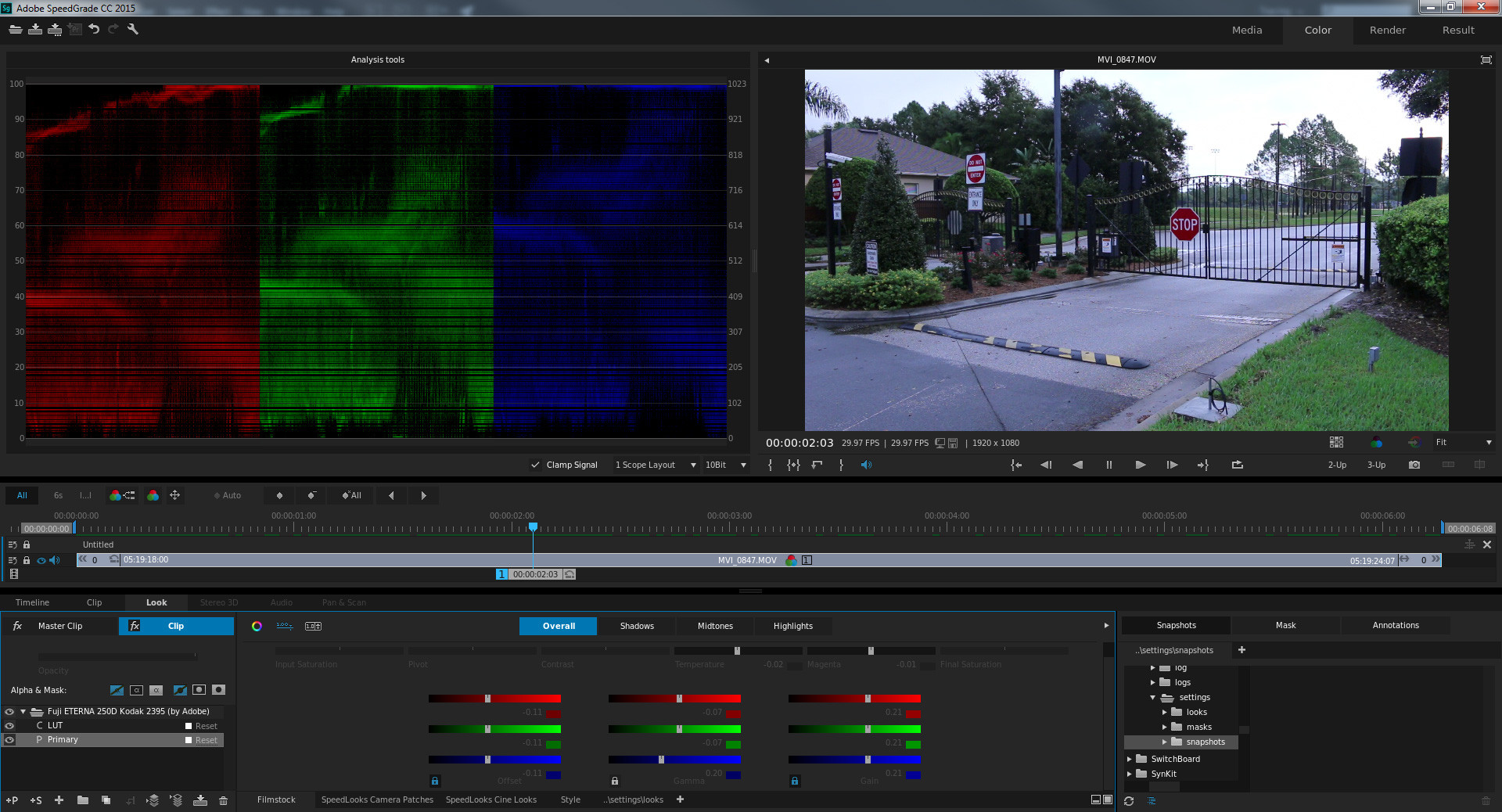 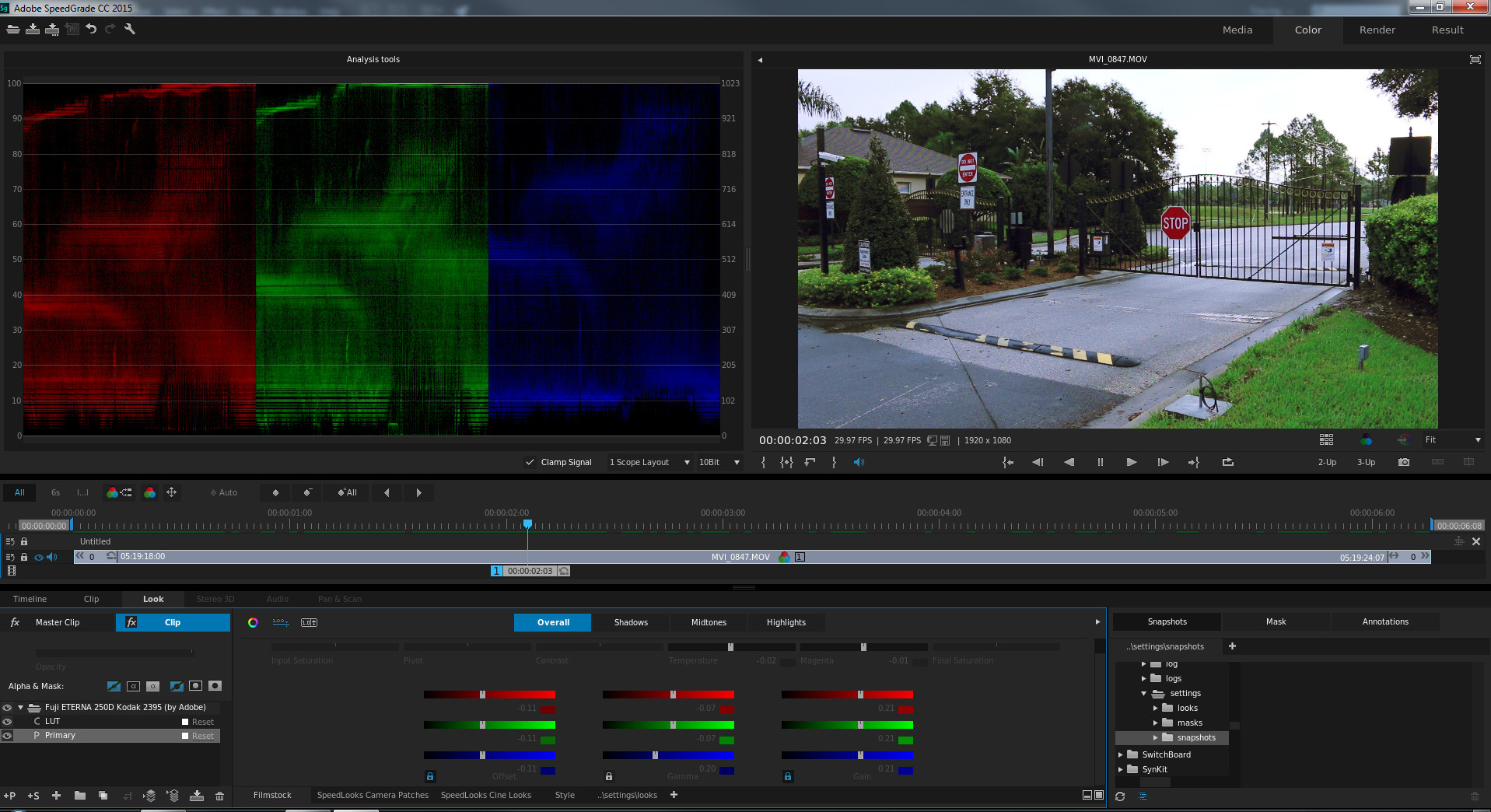 The issue is the "waves" on the home's roof becomes much worse after I balanced things a bit. Original closeup: 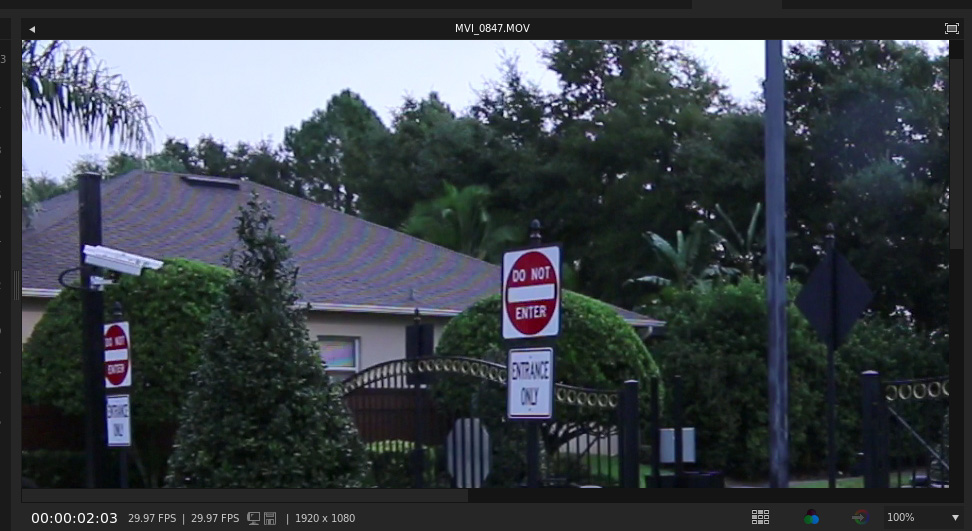 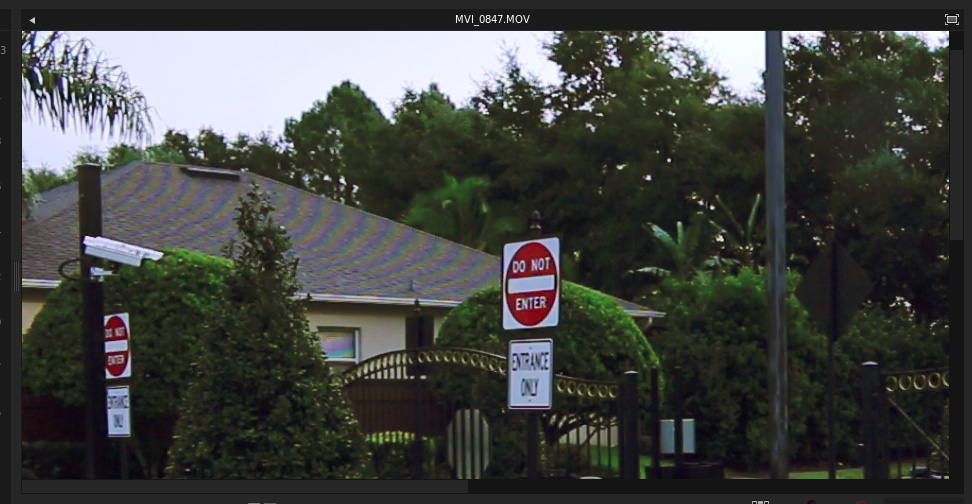 That's the moiré pattern, which is caused when the camera debayers an image with fine details: Wikipedia about the Bayer Filter (see the Artifacts section)

Many cameras have this problem, some more, some less. The best solution is to get to know the sensibility of your camera regarding moiré and - when you have objects like bricks, roofs, fine-detailed clothes - reframe your shot or zoom out.

In your case you had the moiré problem already in the source image, but amplified it with your color grading actions. The solution here is to have an additional node or effect before your general grading is done. This node/effect defines a mask with the roof and a subtle blur effect. Nobody will miss details in the roof, as long as the rest of the scene has detail.

(I'm talking about nodes, which is the way Resolve names them. SpeedGrade has some other terms that I don't know: Effects or Layers? But the concept is similar.)

Not the answer you're looking for? Browse other questions tagged color-correction color-grading speedgrade or ask your own question.

1
When and why to use Speedgrade?
2
How to color grade gold
1
What is a good workflow when using speedgrade and transitions and effects in Premiere Pro?
1
Color correction/grading then editing in Premiere
2
Color grading basics
0
Color Correction filter to dull/desaturate Video
2
Why a color grading suite needs high CRI lamps?
4
Change color to look as how a color blind person sees