In After Effects I am trying to apply the Stroke effects to characters as described in this video: 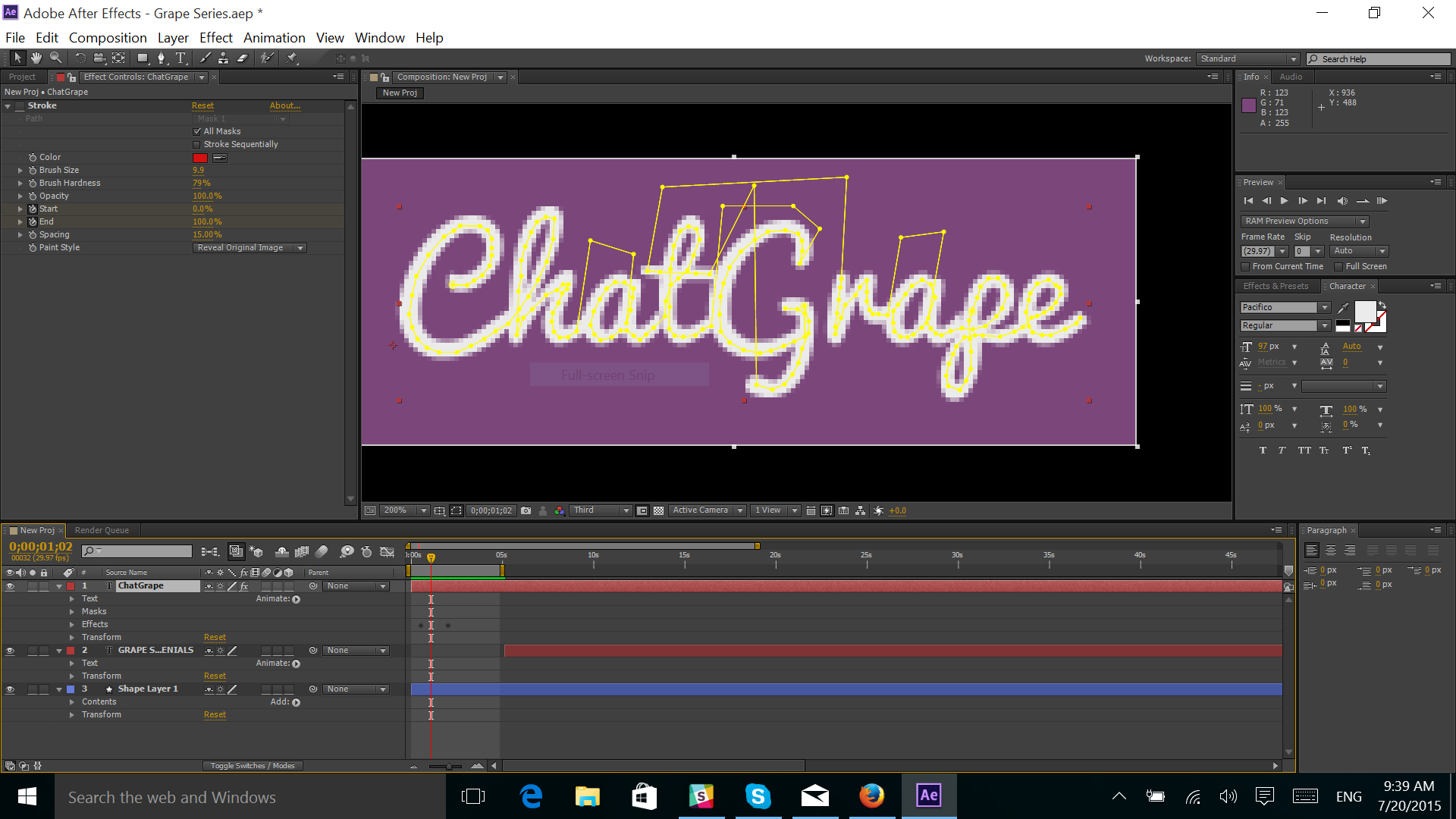 Although as you can see even just going at the middle of the effect with the two start and end keyframes it seems to not be doing / applying anything, my logo/characters are entirely shown. They should show up "progressively" like in the Youtube tutorial.

Any idea what is happening here?

As it turns out I went so insane that I removed AE and re installed the CS Cloud latest version as a trial, and now it works.

I guess my old AE version wasn't playing well with Windows 10 or whatever.

This should be a quick fix:

It looks like you're changing both the Start and End of the Stroke effect. If you want the text to write on completely, you need to use just one or the other. Which one you use will determine the direction the Stroke is animated in.

The effect will have to be activated and set to "Reveal Original Image" in order to see the animation demonstrated in the YouTube video (which, by the way, is a horrible masking example. I recommend watching some tutorials on using the Pen tool in order to create better masks).

5
How to animate the outlines of text (After Effects)