How to fix fragmentation when rotating a shape in AE?

Working on a caption animation and after rotating my arrow it left a strange fragment, almost like a stroke that got left behind. I'm looking at the white line on the top arrow:

I've tried finding it with selection thinking maybe it really is a stroke left behind but couldn't: 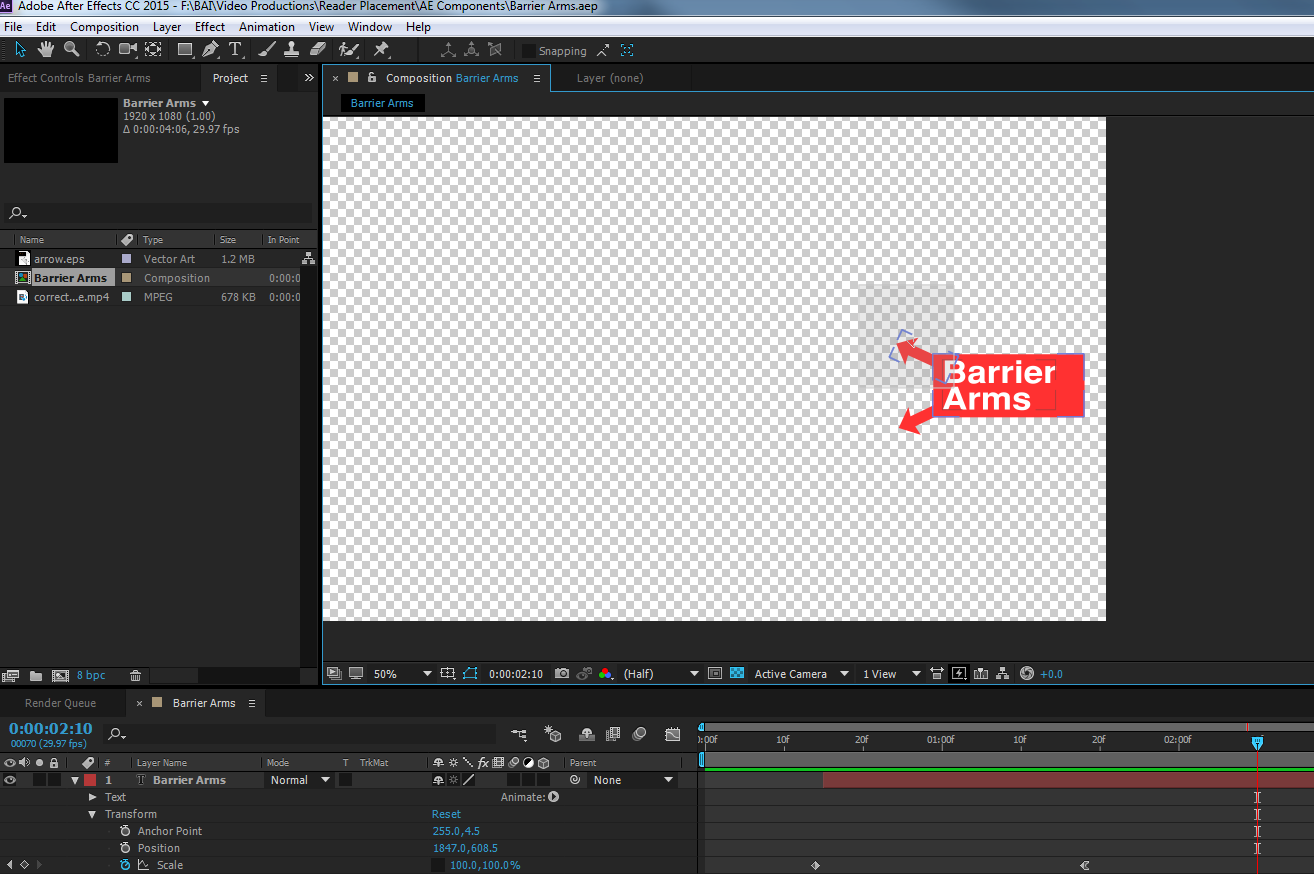 Then I proceeded with my AE Composition, brought it into Premiere, and just did an Export hoping it was just a memory issue. It doesn't appear to be the case however because its showing up all the way through to my .mp4 file. It appears to be transparent since instead of looking white it looks like the background its atop: 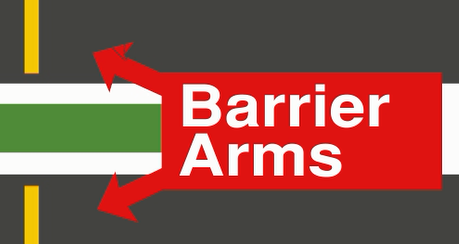 Any ideas why this occurs and how to fix it?

If I adjust one of the Arrow's Paths you can see even more of this strange line / mask thing:

However, at least as a beginner I don't see anything in the layers that would create this.

I also tried enlarging the rectangular portion instead and it didn't reveal the mask: 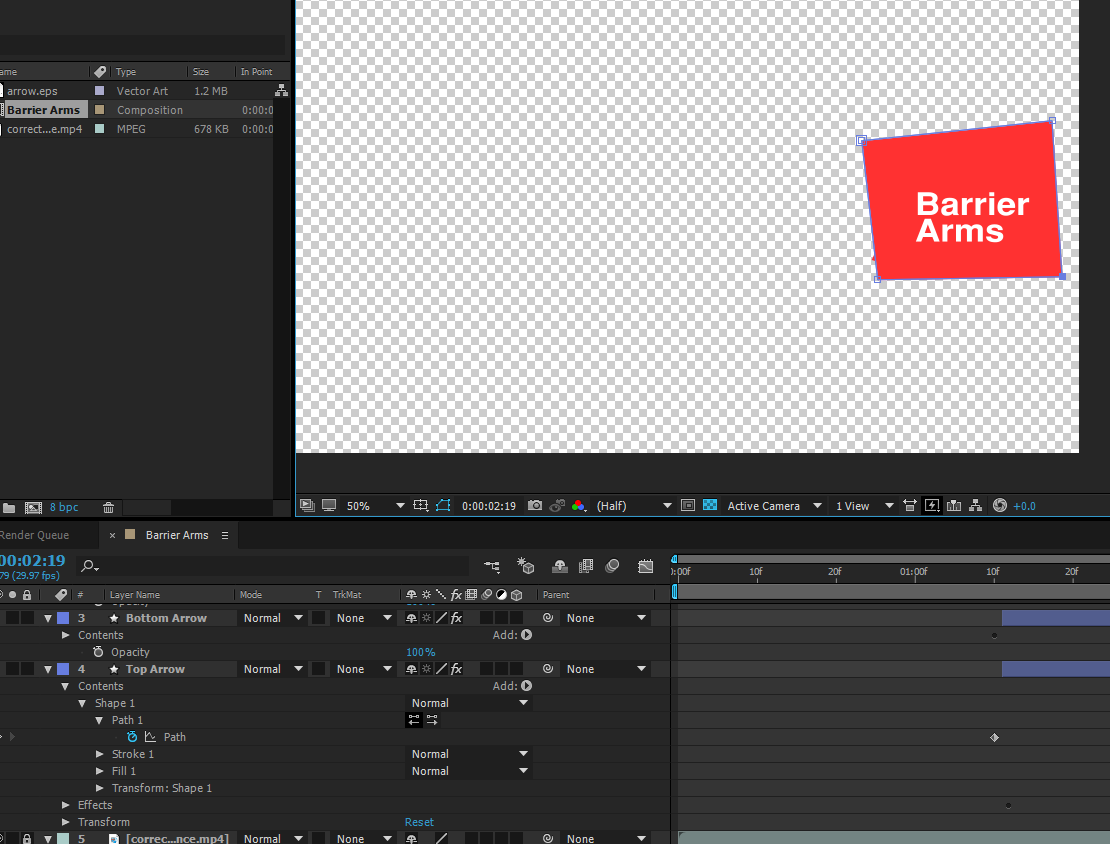 Changed layer order and still nothing: 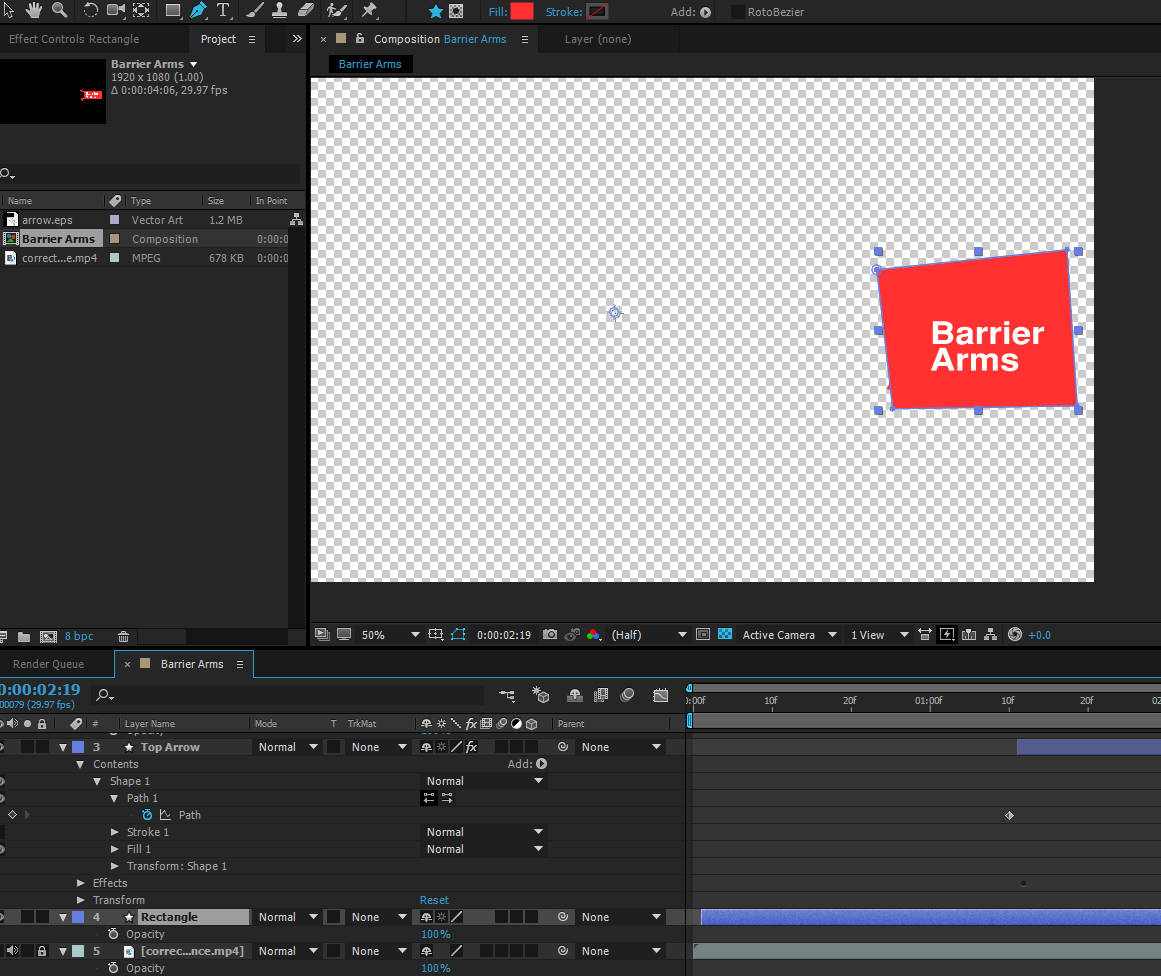 I found it through the Layers Panel. There was a Puppet Pin modifier. I have no idea WHY the Puppet Pin caused this to occur but removing it solved my issue.

1
Create middle lined mask in vector shape
2
How to find dimensions of a shape layer
3
Shape dimensions in AE
1
How to align a shape to stick to another in AE?
0
Pop out a shape out of another shape
0
How do I add multiple videos into multiple shape layers
0
After Effects: Jagged edges on shape layer and white borders in general
0
How to animate? Dripping/melting shape
0
Is there any way to make text transparent when it is in a shape and make non-transparent when it is outside the shape?
2
After Effects 2020 shape layer path ignoring 3D orientation when used to parent a null?