How do I recreate this Annotation effect In After Effects?

I found this annotation effect that I really like. and would like to recreate in After Effects. Does anyone know how to do it?

That's fairly simple. Just create the text, arrows, and other stuff. Animate them to create the effect you want (I can't give you details here, you'll have to ask someone else). Then track the points where you want the annotations to be so they'll follow them.

The easiest way to do that is to use the camera tracker to track the position of the camera in the shot. With the layer selected, go to Animation>Track Camera. That will start the analysis of the layer which you can monitor in the effect controls window. Once it has done the analysis (it can take a very long time) the Create Camera button will be activated. 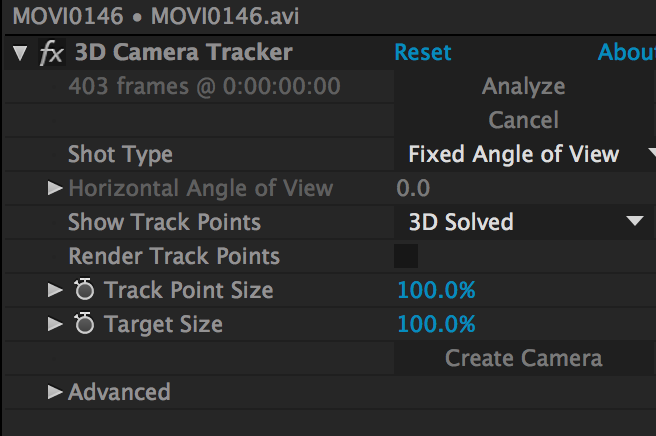 Hit that button, and a 3D camera will be created. This camera matches the position of the camera that took the shot (in theory). So now if you add your graphic elements as 3D layers, the 3D camera will record them as if they were part of the original scene being recorded by the original camera.

Note that the video layer stays as a 2D layer in the background, because it already has the 3D camera's movement in it.