How to deal with this heavily underexposed footage

I recently was at friends birthday with a few musical performances and this friend asked me to film the event. Unfortunately, it was really badly lit (I did notice it, but I couldn't do anything about it). So I had a bad feeling, but I shot as much footage as I could anyway. So, this is how it turned out: 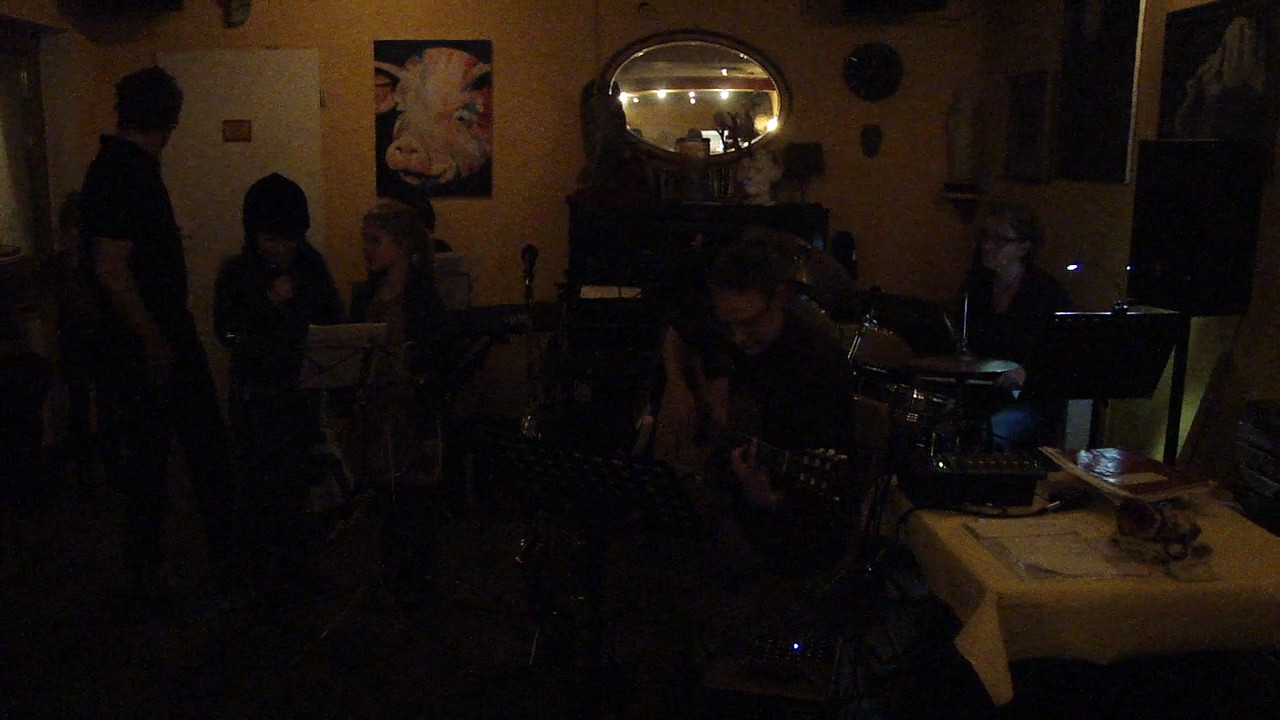 With a luma curve adjustment, raised saturation and an orange-ish color-grading, it looks like this: 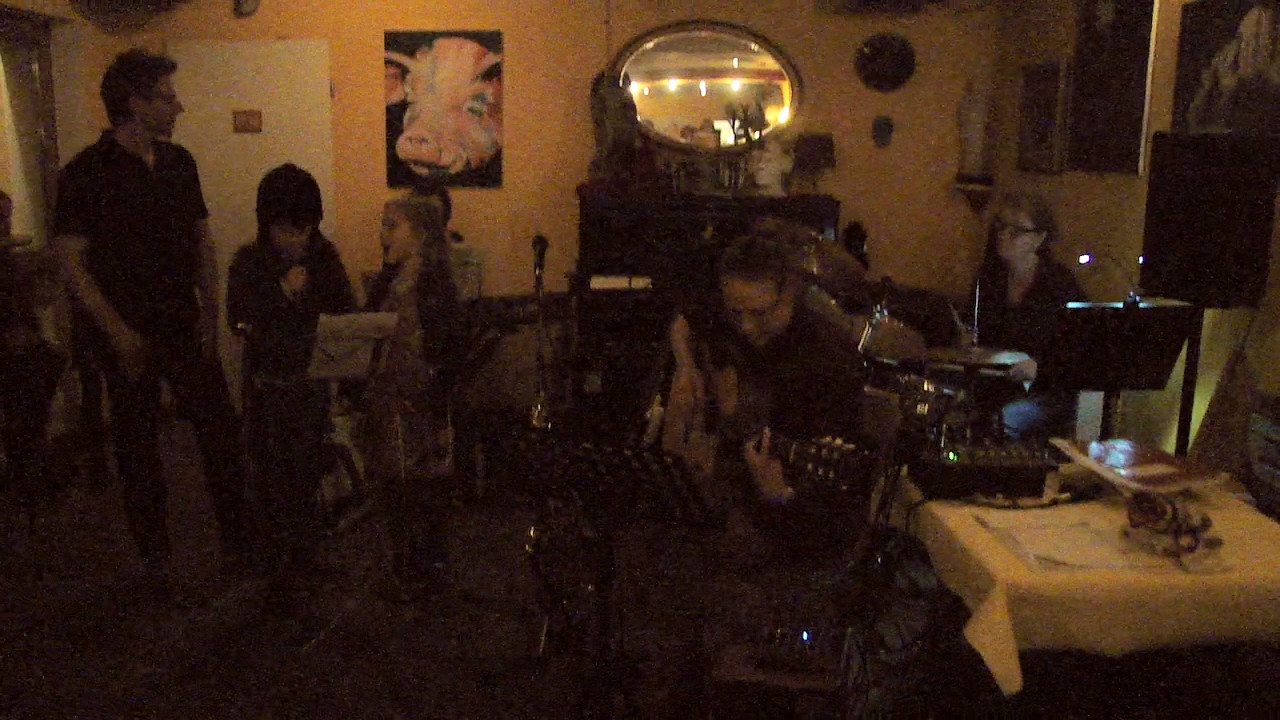 If I lighten it up even more, it becomes even more grainy. Also, the missing color informations become more obvious: 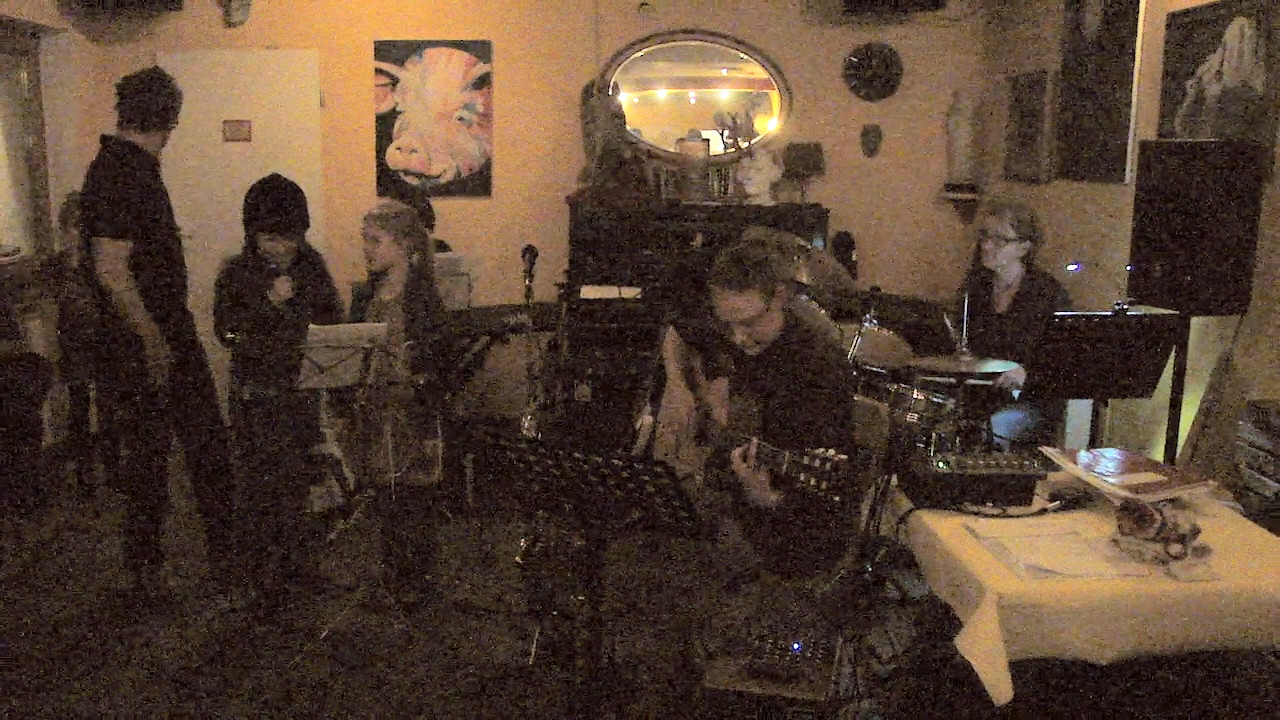 So, my question; should I rather sacrifice some visibility so that it looks not totally grainy (2nd picture) or lighten it up even more at the cost of strange-looking colors and very grainy scenes (3rd picture)? And, using either variant as a starting point, how could I further increase the quality of the result? Especially bring more color into it while maintaining a natural look and reduce the noise. I'm working with Premiere Pro CC. I've tried the remove grain effect in After Effects, but that didn't yield great results (I'm not sure if I got the settings right though, I'll try it again later). I also found the Neat Video Plugin for PP and AE, but I'm not making any money from this, so I'm not so keen on spending money on it ...

Edit: As requested, here are some uncompressed stills (directly exported frames from Premiere). I've decided to go with the 'middle ground' option (uncompressed_graded.bmp).

If this is no raw material, there is no additional pixel information to balance your colors and achieve a natural look. Only chance you have is to denoise your video and desaturate the colors. Try to find a good relationship between brightness and noise to get an acceptable result.

Unfortunately there is no good, free, build-in or open source solution at the moment. Denoising a video requires very complex algorithms, not only because every camera produces different noise types. Currently best approach are wavelet algorithms, but there are only 2 tools which use it:

Note: In my experience Neat Video does a very good job and in some cases you are able to denoise the video twice without getting an over blurred image.

5
How can I accurately immitate this Picasa filter with Premiere's color correction filters?
4
How do I correctly use an ACES workflow with CinemaDNG footage in Davinci Resolve?
5
How to achieve "Acid Burn" saturation?
7
Premiere distorts picture while paused
0
Generate travelleng matte from a nearly-white bright background?
1
How blockbusters movie producers deal with 8K videos editing
0
How to Achieve This Timelapse Effect
2
Had to move a clip partially out of frame, how to deal with the new empty space?