I need to do a transition that puts random circles that expand over a video but each circle needs to start at random times.

Does anyone know the best way to achieve this?

You could use the particle engine CC Particle World.

Set the particles to be shaded spheres, adjust the X&Y radius of the producer to fill the screen, adjust the birth rate to produce particles at the rate you need, turn off gravity and velocity. set the end size to be so big that they fill the screen. Set the Particle Transfer Mode to "black matte", and you'll get something like this: 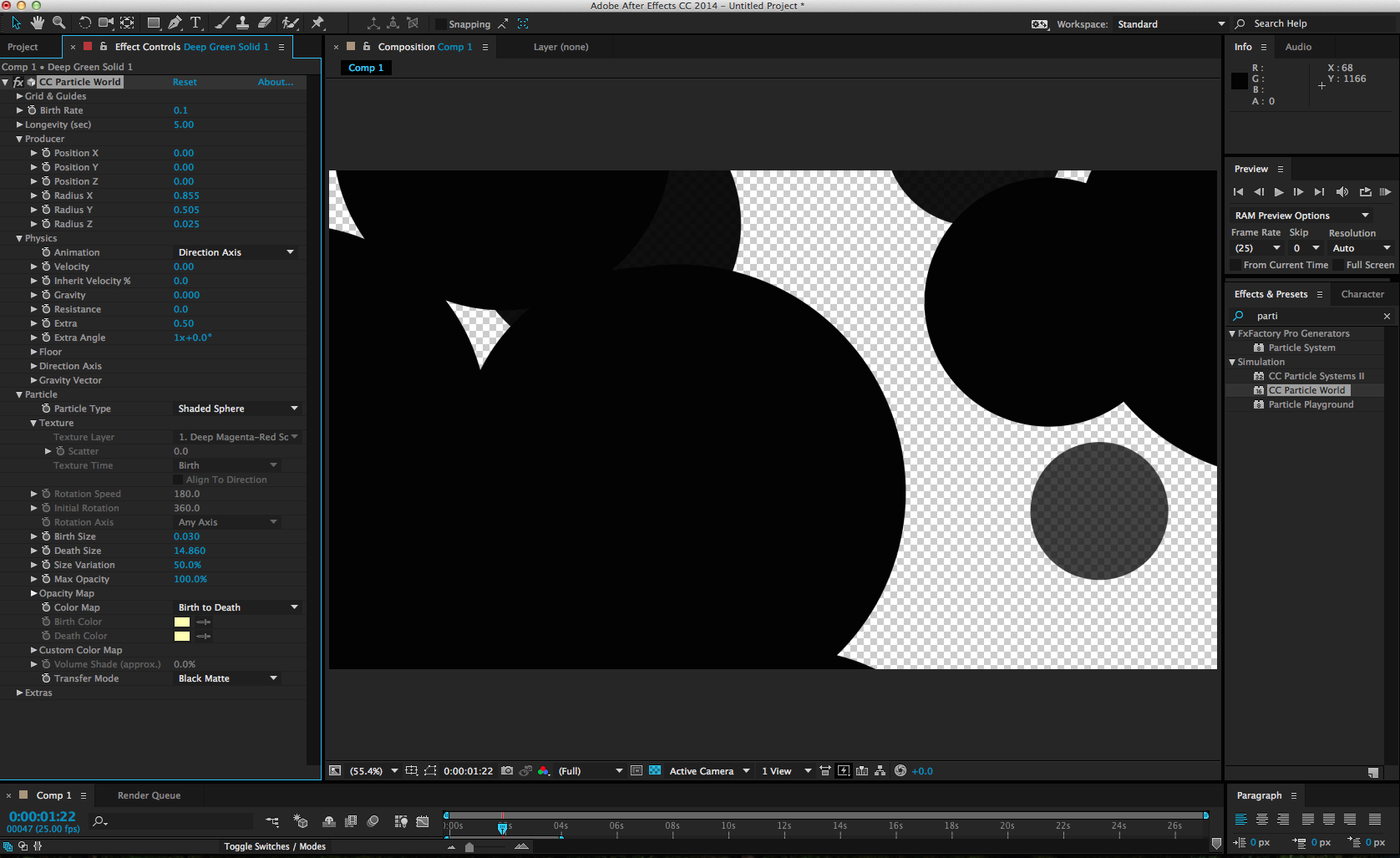 then precomp the particle layer, moving everything inside the comp

Now add your two layers (the files for before & after the transition). Put the "before" layer at the bottom, then the "after" layer, then the "particle" comp layer. Turn of the particle layer by clicking the eyeball. In the example below, I'm using a pink and blue layer for the before and after.

Add a "Set Matte" to the "after" layer, and set the "Take matte from layer" setting to your particle layer.

When you drag through the comp, your "before" layer should reveal the "after" layer via your circles. 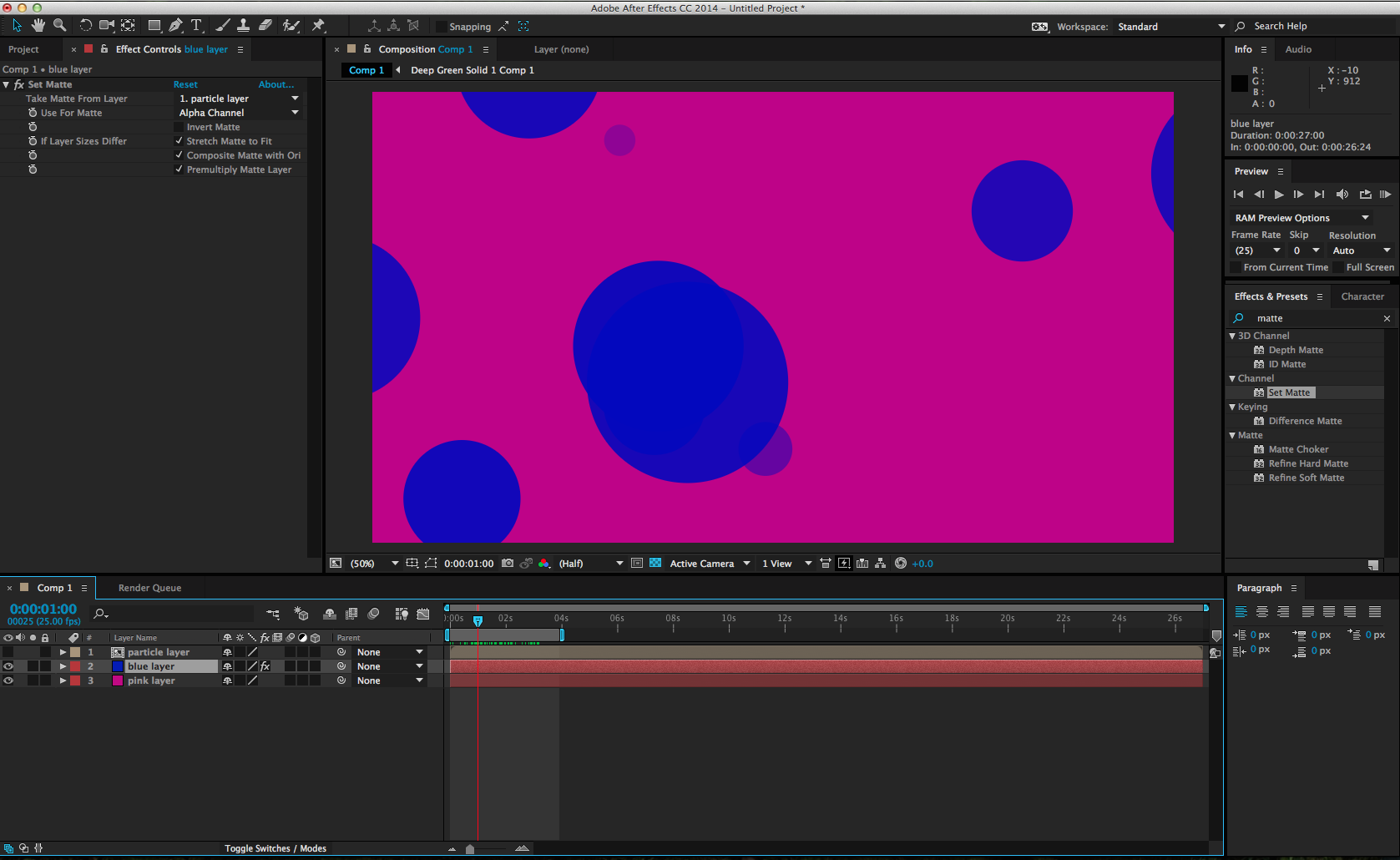 One way to do this would be to construct a matte layer out of white circles expanding as needed, then key one video layer over the other using the matte to reveal. You can animate graphic circles for the matte, as many as you like.

Not the answer you're looking for? Browse other questions tagged after-effects transitions or ask your own question.

2
Looking for a specific transition for Adobe Premiere
1
Premiere Custom Dip To Black Transition
0
How to add audio to transitions in Final Cut
0
Anyone knows what kind of transition like this video?
2
Best transition to fast forward video
2
Animating particles with collision avoidance?
0
Animating vectors to audio in After Effects
1
“Flashbacky” transition in Hitfilm
3
VHS Wobble After Effects