Which video editing software should I use for youtube videos? [duplicate]

I would like to know which video editing software provides:

For filming, I have intentions to use a digital camera, my iphone 5 and a webcam.

I want to ensure that my video quality is decent and not fuzzy or pixilated. As far as my computer operating system, I have two laptops (Windows 7 & 8). Basically, I need video editing software that provides excellent video quality and contains the features above.

My question is: What affordable video editing software provides excellent video quality? I would like to sing, dance, make music videos and do all sorts of silly skits on my youtube channel.

I've been making YouTube videos for 8 years. At first I was using iMovie, which came free with my Mac laptop. It's a solid piece of basic editing software. I did very precise editing, added music, transitions, and some special effects on about 300 videos with it. (They're on YouTube.com/CreatedByBrett if you want to see the quality.)

But you're using PC's. Six months ago I switched to a PC laptop and Adobe Premiere + Adobe After Effects. The system requirements for After Effects are pretty steep, so if you decide to use Adobe software, see if you can do what you need to with Premiere itself. Premiere lets you do some animation, maintains great video quality, includes tons of special effects and transitions, and has a built-in title creator. It also has a decent chromakey (green screen) feature. I like the pricing plan, which is just $20 a month for a "subscription", which allows you to get any upgrades they put out. It's better than hundreds of dollars up front!

Windows comes with free video editing software. It's called Windows Movie Maker. I haven't used it, but from what I've heard it isn't very "feature rich". (For example, doing a picture-in-picture effect isn't possible without a plugin.)

YouTube also has its own free editing software online. That has even fewer features than Windows Movie Maker.

You mentioned that the video quality is important to you. If you have an HD camera with a decent lens, you'll be in good shape for YouTube videos. I've shot several on my iPhone, though I usually use a Sony Handycam HD. (It lets you set exposure, focus, and white balance manually, which is why I bought it!) The next thing to be aware of is your lighting. I use "daylight" colored bulbs for my shoots. I also use a 2-point light setup: one key light mostly in front of me, and an extra-bright fill light to one side of me, to make my face appear more rounded on camera. 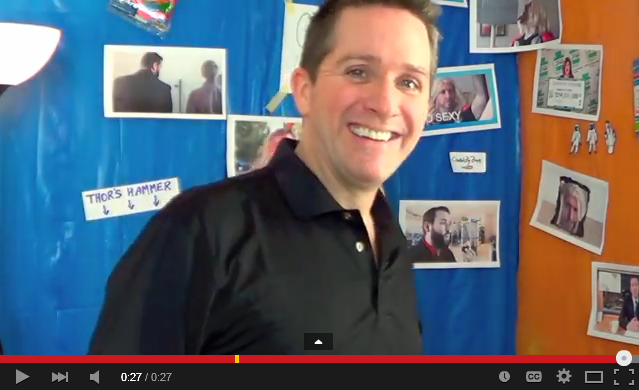 I didn't spend much on my lights either. They're just fluorescent tubes, so the light is more diffuse. Single-point lights can cause harsh shadows.

If you actually plan to follow through with getting into video editing then I would fork out a few bucks to get Adobe After Effects, currently it costs $20/month. It is relatively cheap and there are thousands of amazing (and free) AE tutorials on YouTube.

Not the answer you're looking for? Browse other questions tagged video video-editor software-recommendation video-quality software or ask your own question.

15
What Beginner Video Editing Software Should I Use?