3D layers not affected by camera zoom in After Effects

The composition I'm working with has a 3D object I created in Cinema 4D Lite, as well as another layer which is controlled in After Effects (the content on the screen):

When I zoom in using the Camera layer the only thing affected by the zoom is the layer in After Effects, and the 3D layers stay in place.

Is there a way that I can zoom in/out of the entire composition, including the 3D layer? I'd like to begin zoomed in entirely on the screen, and at one point zoom out and make it apparent that it's all taking place on the computer screen, which is 3D because it eventually rotates.

Thanks for any help.

In After Effects, make sure your Cineware effect on the Cinema4D track has the Project Settings --> Camera set to Comp Camera, as shown below: 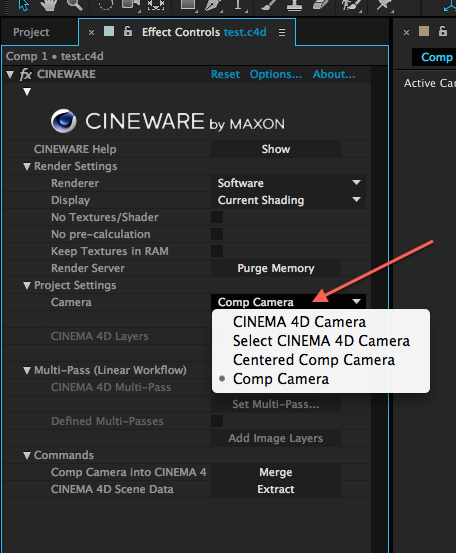 This setting means that the camera in your After Effects comp will control the viewpoint of the object, instead of any camera in your Cinema 4D project (I think C4D creates a camera by default, even though you can't see it in the Objects panel, otherwise nothing would render).