How to burn timestamp onto video?

I want to burn timestamp from the video meta data on to the video.

I'm having great difficulty in finding a good tool that does that.

Is there a video editing tool out there that allows timestamp to be inserted and change the font of it?

I am editing HD videos.

Also is there a tool out there that allows changing the timestamp on the meta data for correction?

edit: I misread the docs before. I saw the timecode option to the filter, and missed seeing that there was a pts available for text expansion. See the edit history for the longer-and-less-useful answer.

I eventually got around to trying it, and here's the command line I cobbled together from pasting and tweaking some examples:

Note the actual text to be printed needs a lot of escaping, to protect it from the shell, then from ffmpeg's arg-to-drawtext. To modify it, change the text='frame %{n}\\: %{pict_type}\\: pts=%{pts \\: hms}' part of that ffmpeg command.

Modify x and y to put it somewhere else in the frame. (you can use x=iw/2 to put it horizontally in the middle. iw = input width. (anchor = top left corner of the text, I think?)) Modify other params to change colors or whatnot.

This works even with VFR video. I checked with video from the camera in a Moto G phone, which makes variable frame-rate video. The first second has 30 frames. A later 1-sec interval in the video has 17 frames. (Indoors, not very well lit, so I think it's lower FPS to get more light, not because it can't write to flash storage fast enough.) The timestamps it puts in the MP4 container are correct, so it plays fine.

The encode parameters -c:a copy -c:v libx264 -preset faster -crf 16 -x264-params keyint=60 are my suggestion for what you might want for scratch files with timestamps burned in: you just want it to encode fast, and don't care much about filesize since you're just going to use it locally, since it has timestamps scribbled all over it. (There's even a superfast. Don't use ultrafast except for lossless mode, though.)

keyint=60 will make sure there's an I frame at least as often as every 60 frames, for efficient scrubbing. Leave it out if you don't need to be able to efficiently framestep backwards; lower it if you want high-rez seeking to be faster.

Use -map 0 if you want multiple audio and metadata streams copied into the output, instead of just the first audio and first video tracks (and no e.g. chapter metadata).

Video editing software usually DOES come with this ability. After Effects, Premiere, Vegas, etc, all support doing this very simply. Some of them add their own time code rather than time code from meta, so you may have to adjust the start point to match your actual time code, but the end result should still be the same.

For example, in Premiere, the following screen shot shows the effect under Video Effects/Video/Timecode as well as the options associated with it. 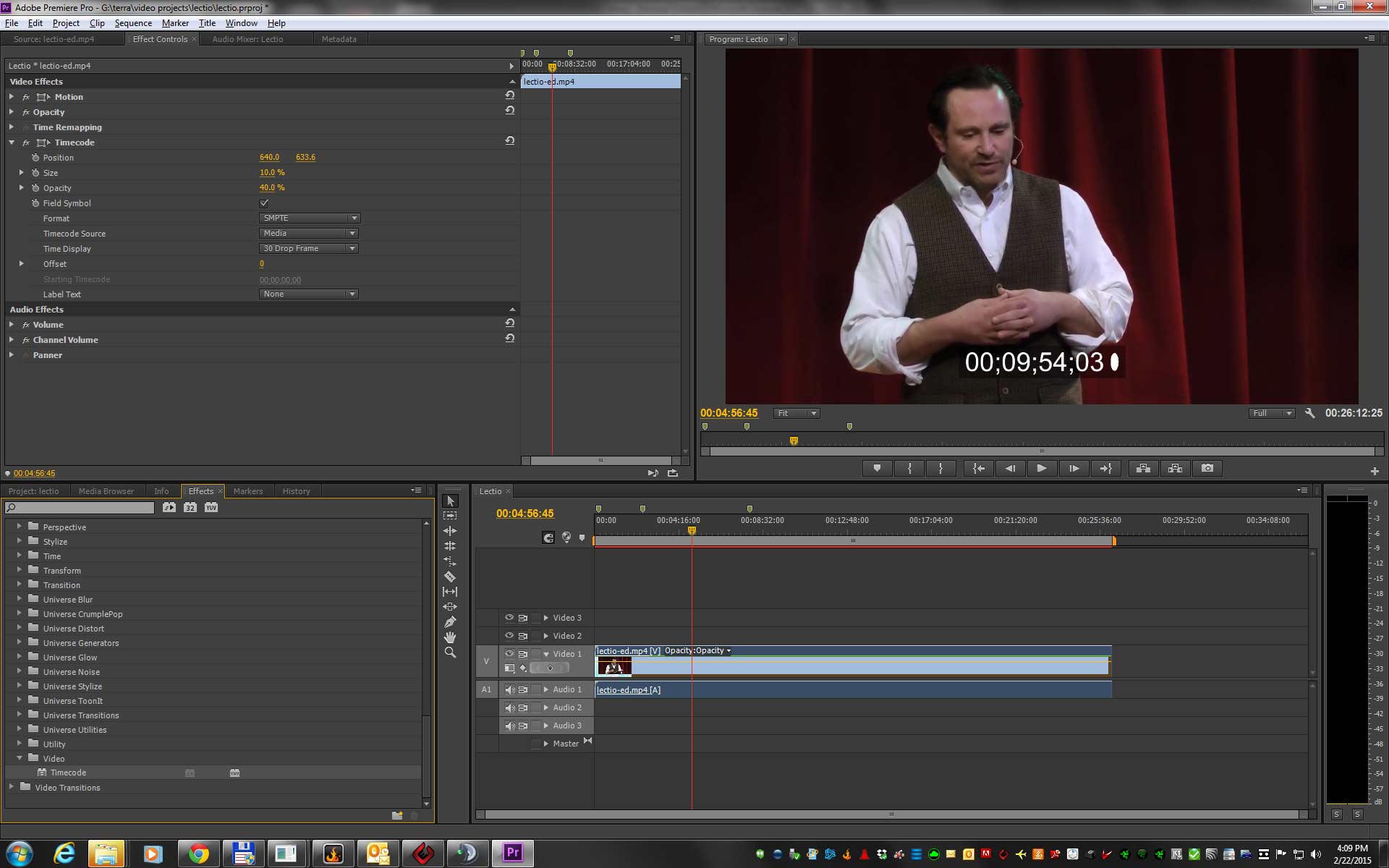 It is worth mentioning that in Premiere, it does appear that the font is fixed on arial, though size and position can be adjusted. After Effects, however, will allow for font of your choosing. 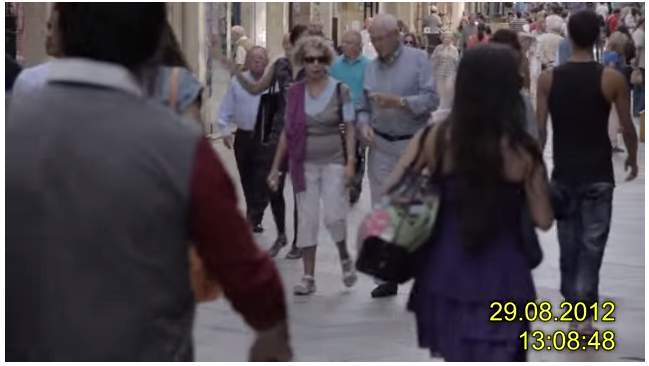 altarvicaltarvic
1,11955 silver badges66 bronze badges
Add a comment  |
-2
Want to improve this post? Provide detailed answers to this question, including citations and an explanation of why your answer is correct. Answers without enough detail may be edited or deleted.

Try Davinci Resolve. Very easy and capable burn in capability. See my video tutorial on how to use this helpful feature.

Not the answer you're looking for? Browse other questions tagged video-editor timecode premiere-elements or ask your own question.

8
Adding a time stamp to a video

0
How to add text to specific animation frames
6
Looking For A Video Editor that will maintain the codecs of the original source video
1
Reverse engineering: which video editing software was used on this video?
2
What software do I need to edit commercials out of recorded sports games?
2
How to fix white balance gone bad?
2
Video editing with text to speech
6
How can I stay motivated and become more productive as a video editor?
1
How to trim / edit a video and save with original settings, without encoding
1
Video editor for cutting a video into multiple short clips and store them quickly