OK, so at first it might sound like a stupid question but I'm trying to get my head around all these definitions...

It seems that they don't have a specific resolution, but they do at the same time. It's as they have their own resolution but also are part of a group of resolutions.

Is UHD a resolution, a group of resolutions or both? If it's both, why?

The problem is that definitions such as HD, UHD and 4k etc. are partly hype. Marketers for AV equipment like to be rather elastic with the truth, hence the rather rubbery definitions. They're not standards such as ATSC or DVB, or graphic display resolutions such as VGA, WXGA etc., they're really just buzzwords.

For what it's worth, the general consensus is that:

Note that there are cameras such as the Red cameras that shoot in-between resolutions such as 3K, 5K and 6K. But that's just for production, the finished media will usually be cropped / scaled to a more standard resolution for display or broadcast.

TL;DR If you're trying to define anything in technical terms and want to be unambiguous just give the pixel dimensions; terms like HD, UHD etc are really FUD. They're more for marketing than anything else. 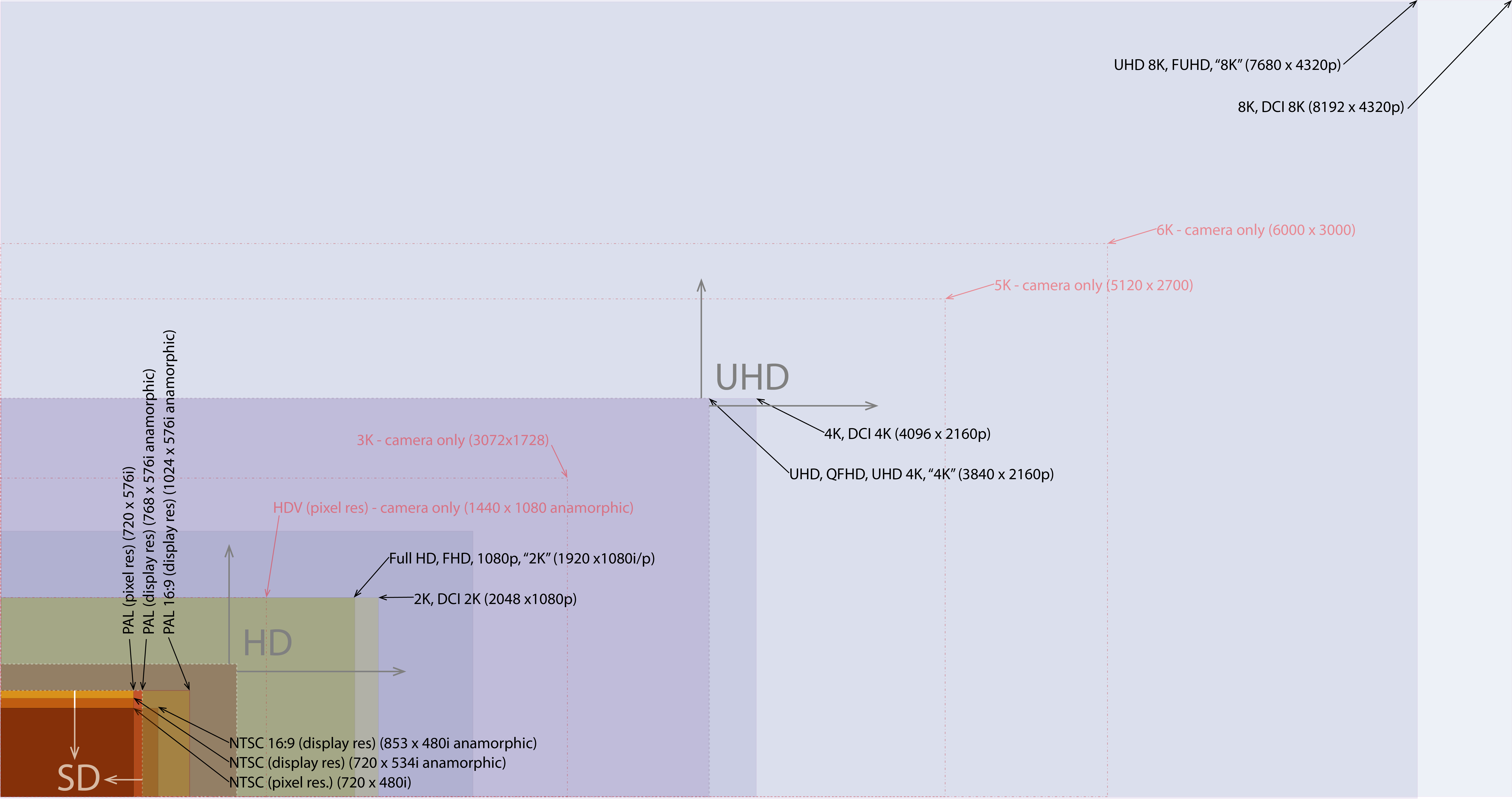 Not the answer you're looking for? Browse other questions tagged full-hd or ask your own question.