I'm after a very specific effect and I haven't found an effective way to accomplish it. Basically, I want dots to appear along a path and disappear over time. The dots should not move after they're born, only fade out via alpha channel. It's important that this is an actual alpha transformation, not just a color blend, because I plan to overlay this graphic on different source videos. The paths also need to be easily editable and there will be hundreds of dots, so individual layers for each dot is out of the question.

The best way I can describe the effect I'm after is: Imagine a person walking through the snow, the footprints appear instantly, and fade out over time. I've seen plenty of tutorials on creating a series of elements which follow each other, as if you're dragging a string of pearls, but this is not what I'm after.

I've tried After Effects, and it's easy enough to make a dotted line with a shape layer, but a gradient stroke doesn't follow the path, or give me control over start position, end position, or offset. (here's an illustration of the problem) 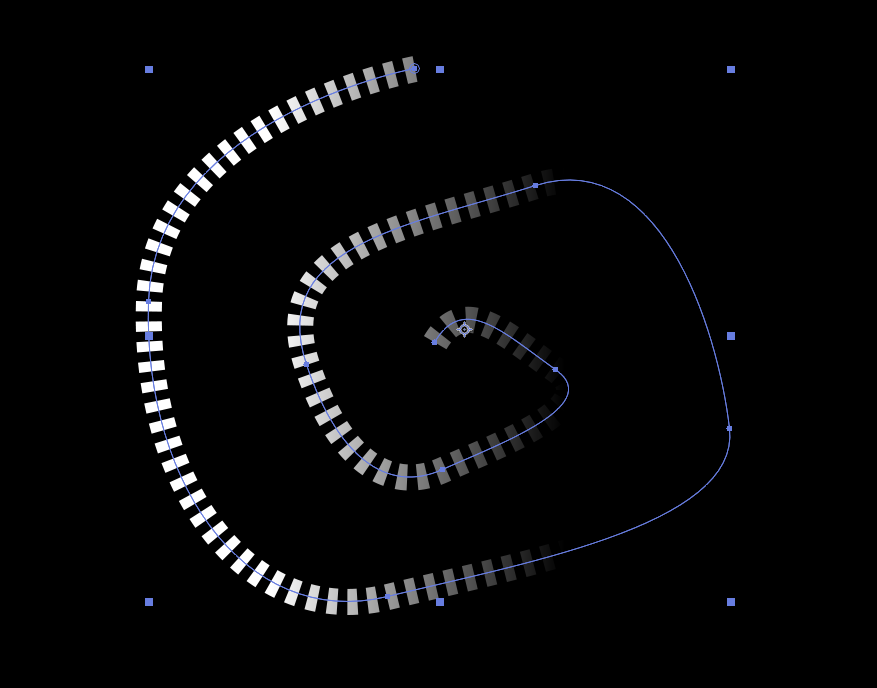 I've also tried using Cinema 4D and mograph, but keep running into similar problems. I basically can't get a graduated shader effector to follow a spline.

Any solutions which use C4D or AE are preferred. All are welcome. Thanks.

A simple way in blender or any other 3d package would be to use a boolean modifier, if you want to subtract real geometry: 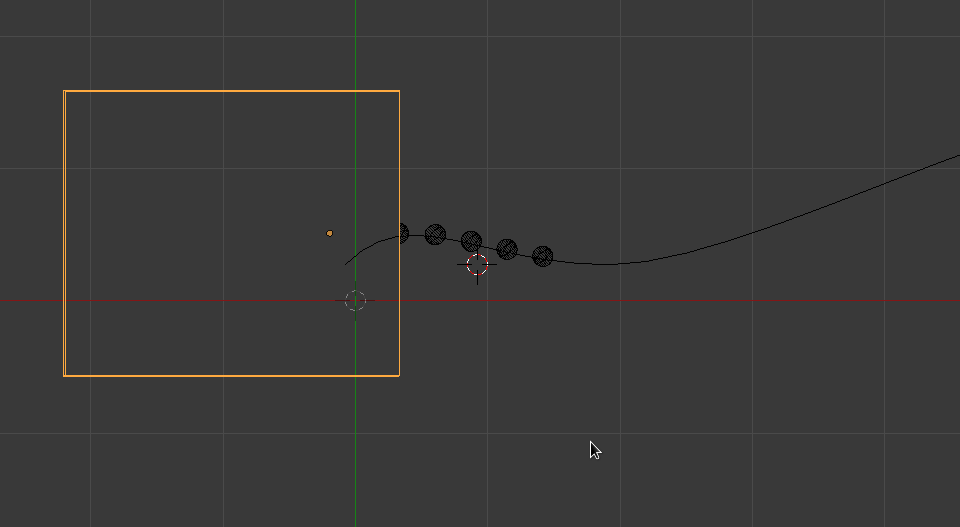 Edit: To get a soft transition you can render the bool object seperatly, blur the alpha channel and subract it from the another alpha. Or simply use a roto mask. 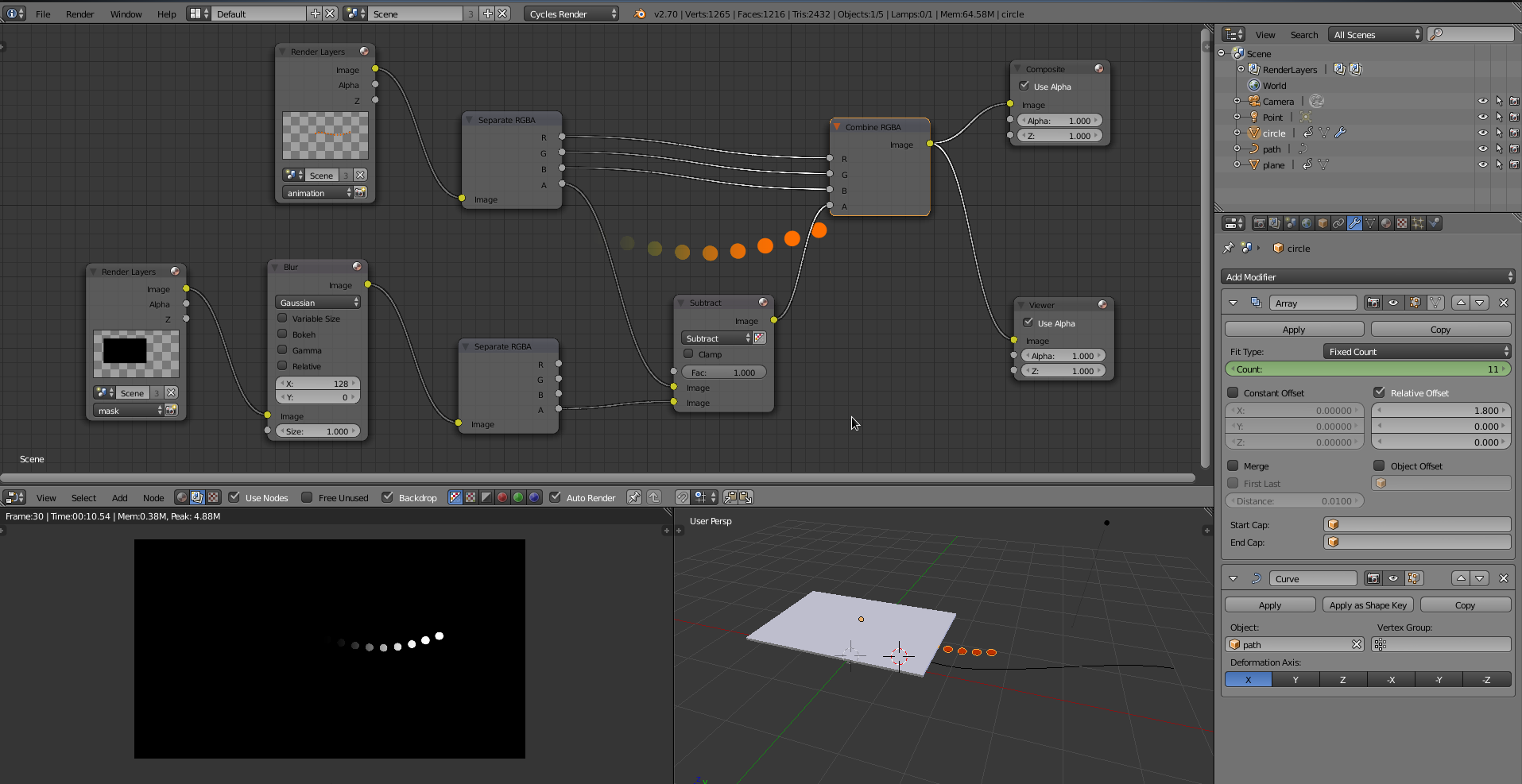 here's a solution that I've used. It can be used to reveal a shape path, or as a way to add a smooth fade-out on the stroke effect as-is:

If you want the stroke to fade in as well as out, you'll need to add another echo, but with the echo time set to a positive value (or is it negative) so that you're echoing from the future. You thought it was slow with just one echo effect applied? You're in for a world of waiting now! The reason it's so slow is that it has to compute the value for the previous frames for each of the echos, so for every frame you're rendering ten, twenty frames. That's why you might want to only ramp up the number of echos when it's time to send it off to the render.

Caveat: if the stroke crosses itself the alpha matte will reveal areas out of sequence. You can manually mask the offending areas out, or split the stroke path up into separate layers, this works, but it's a world of tediousness, I know from experience - I used it on an animation that featured hand-written text slowly fading in. Also Echo is dog slow, so you may want to ramp the settings up to final quality only once you done everything else you want to in the comp. 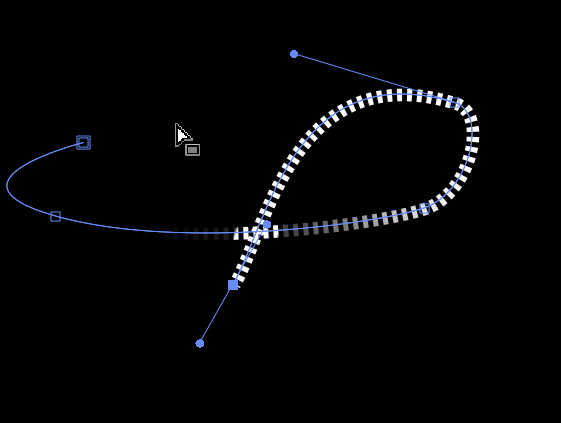 You can mitigate this by making sure that your brush size is as small as possible: 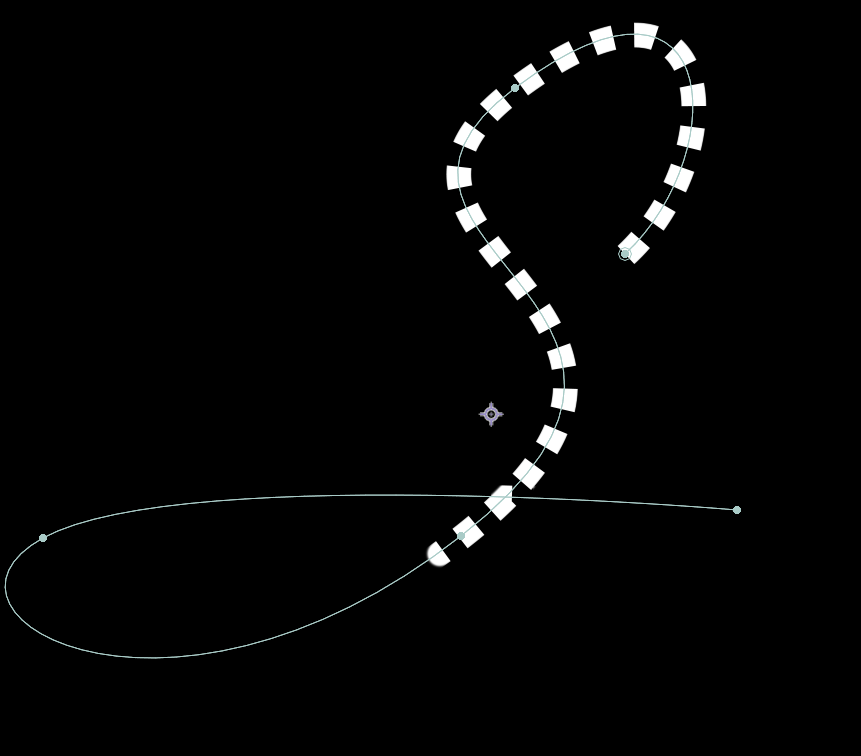 But if that's still a problem you can spit the stroke: add an extra point somewhere between the overlapping parts of the stroke 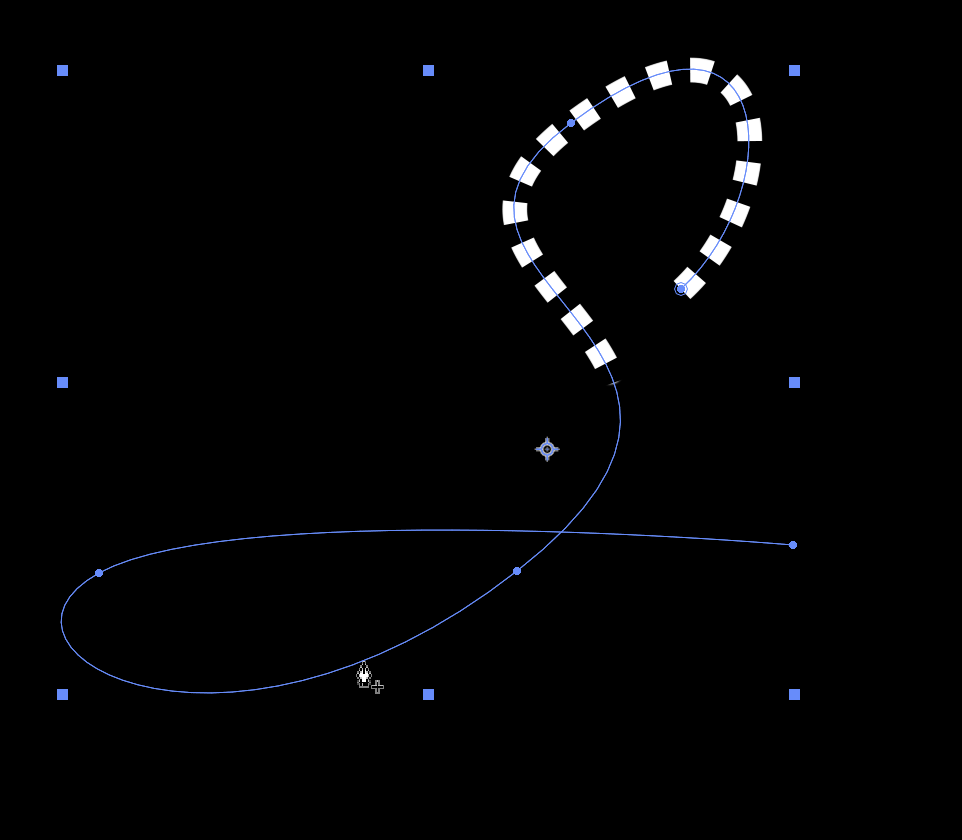 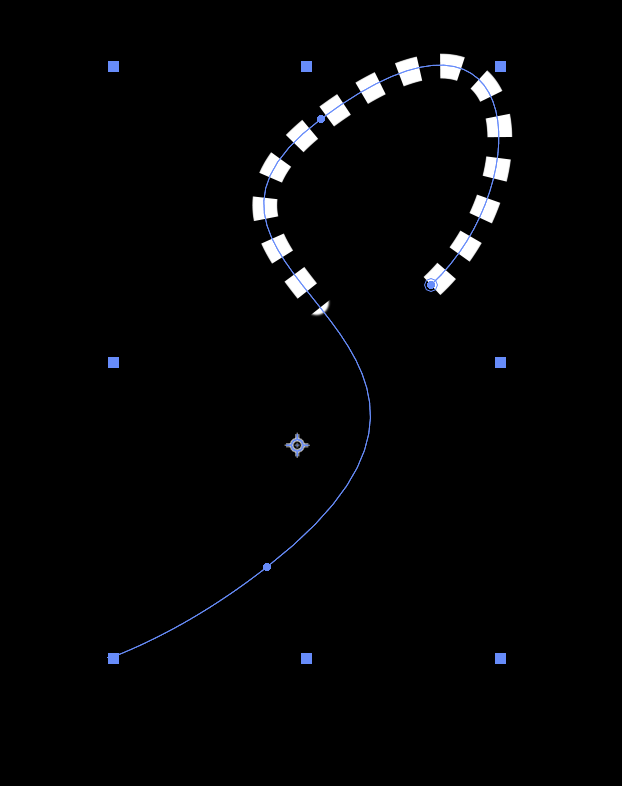 Now you just have to offset the keyframes in your adjustment layer so that one starts when the last one stops. You might need to juggle the position of the middle keyframes to deal with the echoes.

and you have a correctly revealing crossing: 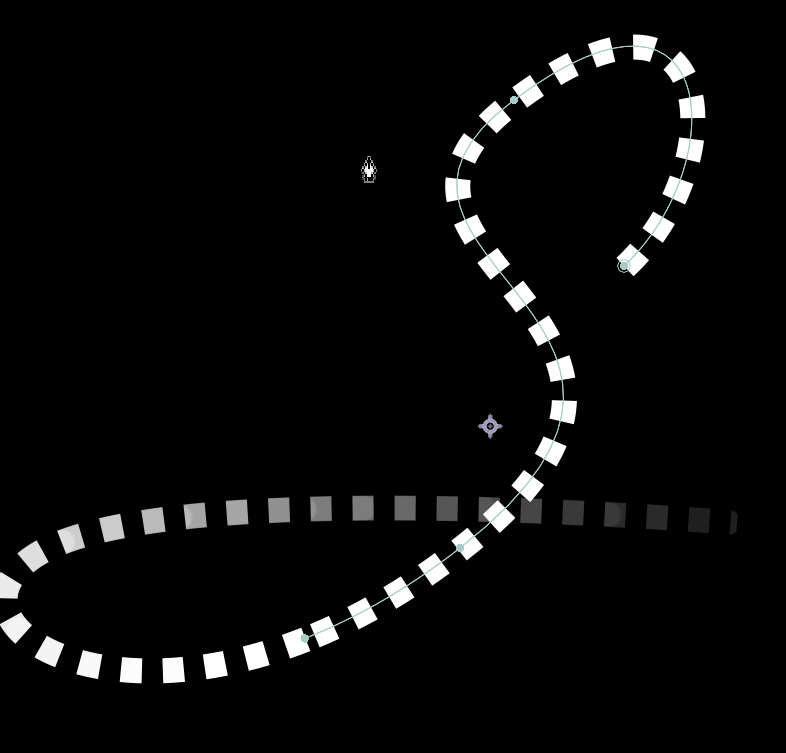 I tried to accomplish a similar effect and used the 'Vegas' and 'Echo' (or a similar) effect in AE to create an alpha matte.

The problem with the 'Vegas' effect is that when you set your line to be right before the beginning of the path, it appears at the end of it (try it out, you'll quickly notice what I mean).
My solution was to only use a little dot in the 'Vegas' effect but duplicate and fade it over time using an 'Echo' effect (or another of that sort).
The 'Echo' effect controls the length and falloff of the stroke, the color and width are controlled by 'Vegas'.

It's not very pleasingly clean, but it might get the job done.

1
Converting MTS for best use in After Effects?
5
Orbits in After Effects
2
Relative Animation Presets
3
Sci-Fi intro logo animation
0
After Effects slow animation
0
after effects letters animation
2
help to animate an lower thirds that's positioned by expressions
1
target edge of null object rather than centre
0
Seamless loop animation
1
Need help finding plugins/techniques to recreate my magic system in After Effects