I created a sphere emitting particles in Nuke. Around that sphere is another sphere connected to a particle bounce which is set to kill the particles. Some particles seem to slip through though. Why is this, and how can I fix it? 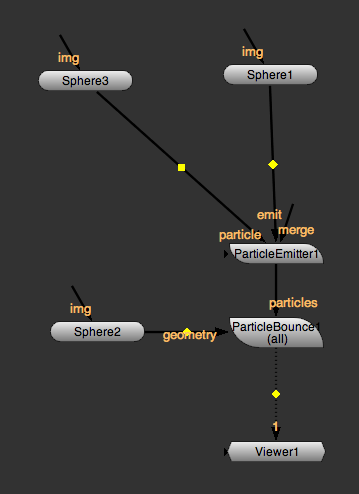 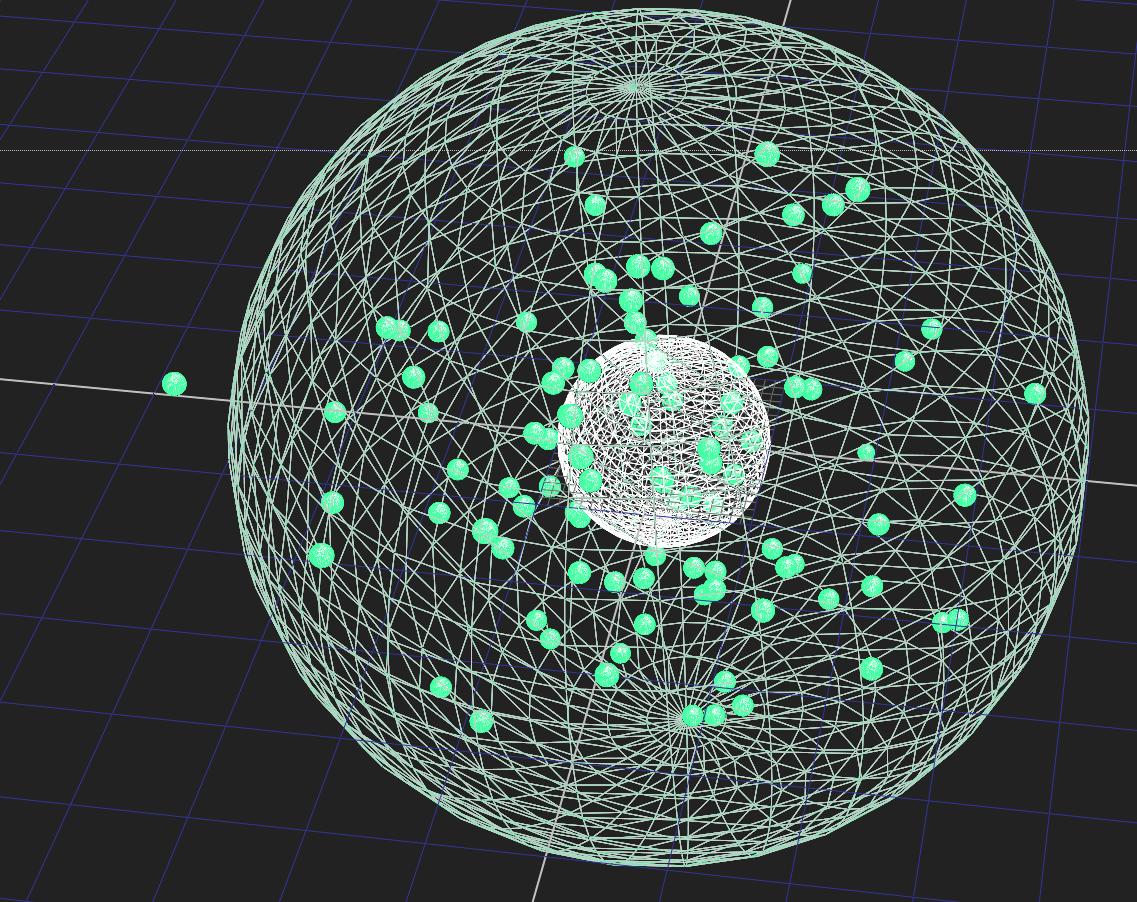 This looks like a bug in Nuke's ParticleBounce node. The geometry input is new to Nuke 9, which was released pretty recently.

That said, the bug seems to manifest only in this idealized environment of two spheres. The first sphere (radius 1) emits the particles, and the second sphere (radius 3) kills them. It is likely because of the exact alignment between vertices that causes it to penetrate.

Rotating one of the two spheres 0.1 degrees on each axis solves the problem

In theory, the "real world" wouldn't see this bug as frequently, but I've submitted this bug report to The Foundry.

Response from The Foundry

Thanks very much for providing reproduction script, we can see the problem easily. Your comments and script are logged:

We recommend checking upcoming release notes for updates on this issue.

3
Is there an easy way to import textured 3D geometry from Maya into Nuke?
3
Can I multiply 3D cards in a Nuke 3d scene on top of each other, like i can multiply layers in After Effects?
3
I'm looking to make a Nuke expression: I want the maximum value of an animation curve of another node
3
Is there a way to parent an objects position to another objects position in Nuke, so they move parallel to each other?
3
Is it possible to relight filmed footage with NUKE or After Effects?
0
Timeline in node based compositing