You can see how it's clipped off here, and it's the same in the export: 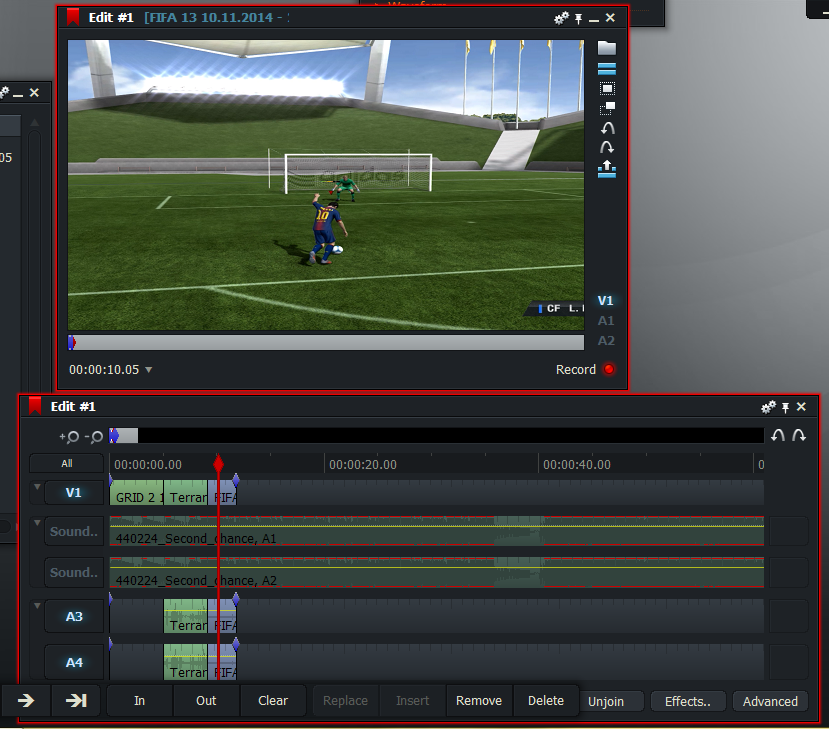 You can see it in the player name tag at the right of the footage. My recordings are at several different framerates, the first at 30fps and the last two at 60fps, but I think Lightworks makes them run at 30fps.

Is there any way I could get it to work? Do I need to transcode it in Handbrake or something? If not, I'll just have to use Windows Movie Maker...

No clue about Lightworks, but two possible (and possibly related) issues are that 1366x768 is not exactly 16:9, and 1366 is not evenly divisible by 8. Either or both could cause any editing software to use a different internal representation, and require an adjustment to its display.

Not the answer you're looking for? Browse other questions tagged video-editor mp4 aspect or ask your own question.