Zooming in on one layer in After Effects

I desperately need step by step instructions on how to zoom into the child sitting in the window. This composition is an animation, I have a bunch of layers but I specifically want to zoom into the window as a track motion effect. I REALLY do not want to scale every layer larger one by one, because I have approx. 15 layers. Please help! I've extremely new to AE. 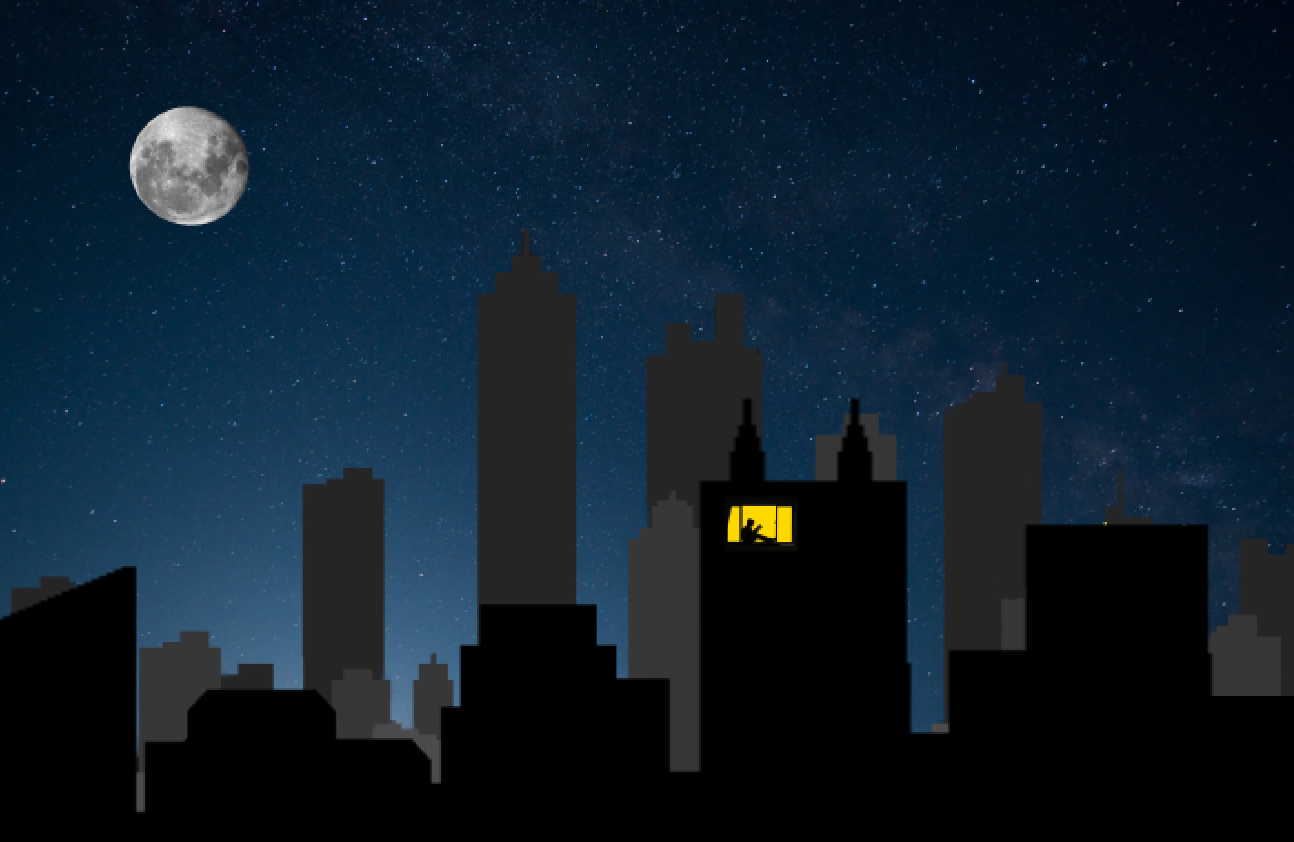 Thats simple, pre-comp what you have right now and create a camera layer. Then make you composition layer 3D. The look of you layer will not change unless you add lights or rotate the camera. Then you can pan around and zoom in your picture with the camera.

Thats how you do every sort of zooming e.g. camera animation in after effects. Animating the scale of layers is just a mess like you already realized.

As there's always at least two ways to do things in After Effects, another option to Professor Sparkles' answer is to parent the layers to the one you're zooming in on. Parenting a layer means that any transformation you apply to the parent affects the child (but transformations to the child do not affect the parent).

However, say you wanted to scale the background more slowly than the foreground, to give the sense of 3D depth, one way to do this would be to have a few sets of parents corresponding to the foreground, midground and background for example.

But if you want 3D-style perspective you could make the composition actually have 3D depth, and use a camera layer to do the zooming. So here's yet another way to do it:

Make the layers 3D by selecting them all and checking the little box on the far right of the switches panel on one.

Then move the foreground layers forwards (decrease the value on the z axis, the third set of numbers that appears in the position property of a 3D layer), and the background layers backwards (increase the z axis). As you do that you'll see them move.

Now you can create a camera layer (layer>new>camera) and zoom in on the window by moving it, and the background will scale proportionally. If you want to see how everything is layed out in your 3D scene, switch the viewport from "default Camera" to "Custom View" or one of the other views. 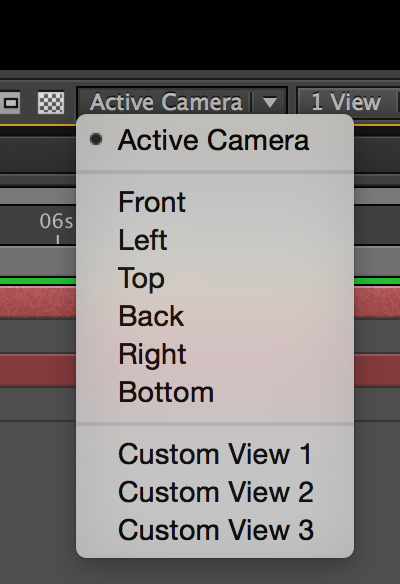 And here's the city layed out in 3D (well, my two-layer approximation that I did in a couple of seconds, but you get the idea). 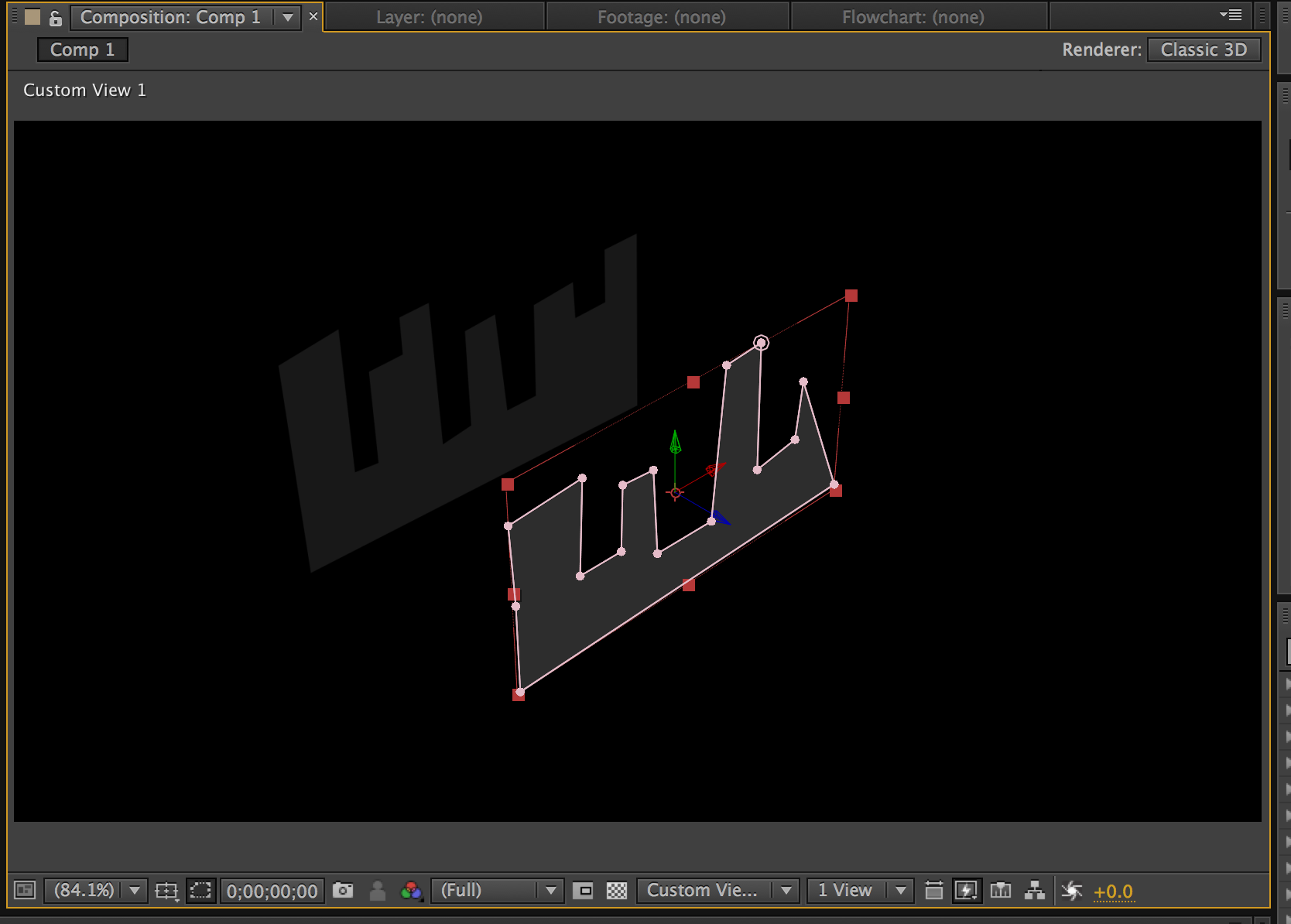 There's truckloads of 3D tutorials for AE on the web, here's a place to start, at Adobe's own website

It isn't clear to me if you are trying to zoom with perspective differences between the layers or not, but if you just want to zoom the viewpoint without altering the scene, you could use either of the previously mentioned methods or, for something even simpler, you could also include the composition as a source in another composition and simply scale it all together. You might have to increase the resolution of the source composition for this to work best, but it depends on how your compositions are setup.

0
After Effects: Apply motion tracking to a scaled layer

1
Can you mask a parent null object in Adobe After effects?
3
How do you zoom in (animated) on a portion of your canvas?
0
Best way to set up my AE project?
0
Forcing a comp to play back at a certain framerate in aftereffects
2
Moving Multiple Layers on Timeline
1
Need help finding plugins/techniques to recreate my magic system in After Effects
1
Can I swap out compositions, or control a composition's layer visibility via the timeline?
2
After Effects, text layers and depth of field