What title(s) should a one-person film crew receive in the credit role?

I recently worked on an interview series that had the following contributors:

Now I'm filling in the credits and getting ready to suggest what to call me to the client. I was thinking of this (in which I am named as Cinematographer and Editor): 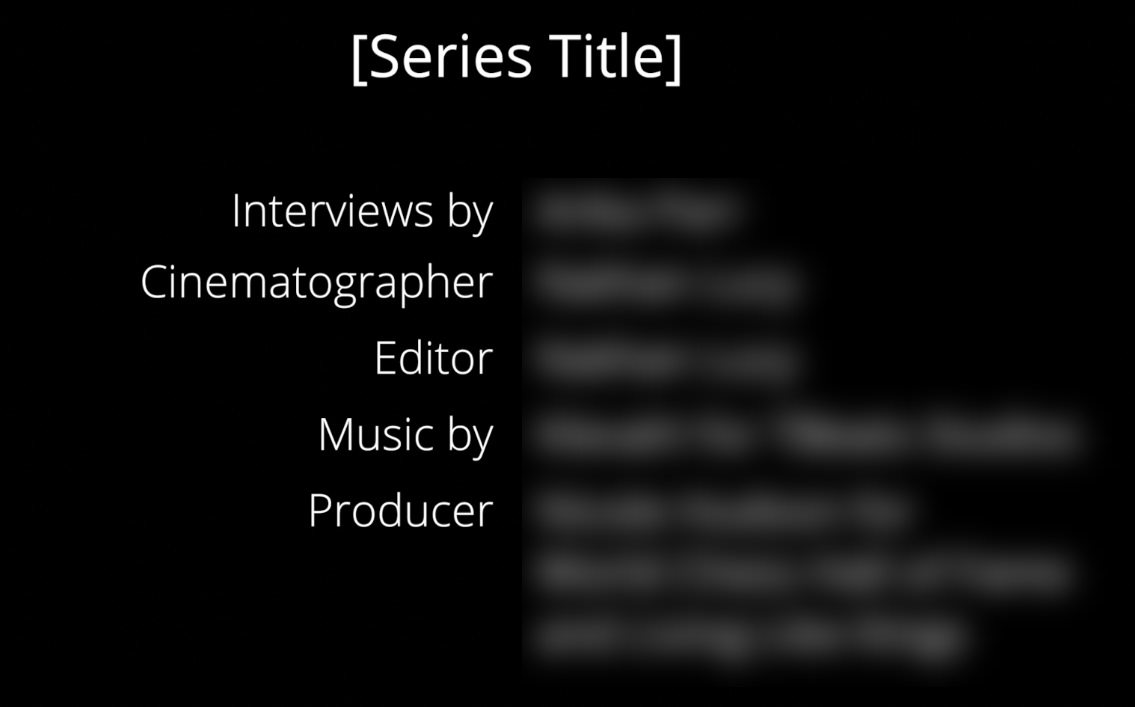 Does this seem appropriate? Should I limit myself to one line in the credit role? Is there only a Cinematographer when that's a separate person from the camera operator? In other words, what title(s) should I be credited with?

My reasoning is this: I did the professional work of a DP/Cinematographer and also ran the camera. But I don't want to look back on this once I've been doing this longer and think, "Wow, that was kind of pompous."

Sounds like you directed it. Would be simple to just put Director, I think one can assume you did everything then if there is no editor or DP credited.

The director is responsible for the overall vision of the flow of the piece. They oversee filming and work with a cinematographer, if applicable, to determine the right look for the film, work with actors to get the right performance and then work with the editor to make sure it flows. They are basically the person chiefly responsible for adapting the screenplay or concept of the film in to a finished movie.

If you create a documentary completely by yourself, lets say you spend 20 days in Antarctica, you film everything you narrate, when you get back you edit it, and then do sound and music. At the end of the day you directed that documentary, which for all intensive purposes is the highest credit you could receive, if the film ends and says directed by x. People watching are not going to stand up and go "Wait who shot this film?" It is implied that you did it since you directed it and nobody was credited under you.

I would take a look at some of tested.com's videos. They often have one guy do camera work and editing, and he is credited twice.

As long as there are no union people on the job, it doesn't particularly matter how you do credits. There are plenty examples of both multiple credits to the same person or just doing the most general job they did (such as simplifying the roles of cinematographer, editor and director in to one role).

I've personally done both on different projects and primarily have used the length of the film and the number of people involved as a basis for the credits. If it is short, I recommend using the shortened version since it would be awkward to do long credits on a short film (for example, the classic Bambi Meets Godzilla). Similarly, if there are only a couple people and it would just be the same names over and over again, a shortened form makes sense.

In this particular case, if you opt for the limited list, I'd most likely go with Director or, with two options, director and editor. The director generally oversees making sure that the story is told well and that the film flows, so it is most encompassing of the roles you did, with editor being the next biggest impact role.

If there are a decent number of names (10+ maybe) and the film is more than a few minutes long, I'd probably switch over to multiple listings as roles are distinct enough and there are enough names it doesn't seem too artificially inflated.

Note that if there are any union people involved, this guideline is likely to go out the window though as unions have their own rules about how crediting works and you will need to follow those guidelines to comply with union contracts.

Not the answer you're looking for? Browse other questions tagged post-production or ask your own question.

1
What is the best software to do color pass effect for a film?