Does oval-shaped bokeh indicates that the aspect ratio of the image was modified?

In Mission Impossible III, I notice very often that bokeh is not circular, but has a shape of an oval. For example, here are two images where such bokeh is noticeable:

Does it necessarily mean that he was filmed using chroma key and the background was filmed separately and then resized using a different aspect ratio, or this is specific to the lens (maybe anamorphic lenses)? Is this made on purpose, or is just a side effect?

It's the effect of using an anamorphic lens which squashes the image horizontally to fit a wide-screen image on conventional 35mm film. The image is then un-squashed by a similar lens on the projector when the film is screened (or by computer after the film is scanned in a digital post production environment).

Bokeh appears elliptical because the front of the lens barrel which is circular, appears as an ellipse when viewed through the back of the lens. A regular lens with an elliptical opening at the front would generate exactly the same effect.

The film's director, J.J. Abrams is well known for using anamorphic lenses for the effects they generate, which also includes unique lens flare that manifests itself as strong horizontal blue lines.

This is likely the result of using an anamorphic lens: http://www.red.com/learn/red-101/anamorphic-lenses 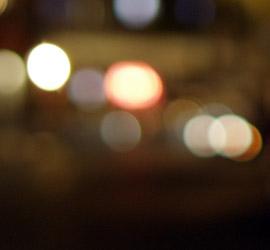 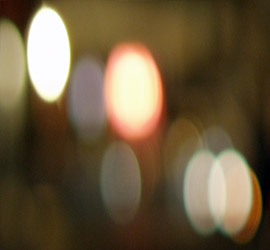 Not the answer you're looking for? Browse other questions tagged effects or ask your own question.